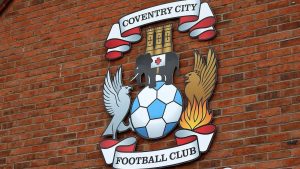 Coventry City FC have announced that Doug King has been confirmed as the new majority owner of the Football Club.

Mr King’s purchase of the Sky Blues has been ratified by the EFL and final documents exchanged with SISU Capital Ltd for the purchase of 85% of the Club, confirming him as new majority Owner.

The deal involves clearing all of the Club’s debts accrued prior to King’s agreement to purchase the Club in November, and provides a new start for the Club under fresh ownership.

Doug King, CEO of Stratford-upon-Avon based Yelo Enterprises, recently invested over £70m in the region through the construction of a state-of-the-art oilseed processing facility using renewable energy. Doug also co-founded, and majority owns, RCMA Capital LLP, which oversees investments of over $400m.

The club would like to thank the EFL for their assistance in this process, particularly over the Festive period.

Doug King, new Owner of Coventry City, said, “I am honoured and excited to be taking this Club forward into its next chapter.”

“To get this deal ratified in just over six weeks and over the Christmas period was a great effort from all involved.”

“Already I have been struck by the enthusiasm of Sky Blues fans, with many personally wishing me well and I thank them for those sentiments.”

“I am looking forward to the future of this great Club and what we can achieve together.”

“Enthusiasm, determination and commitment are precisely what this great football club will have with Doug, and I look forward to watching Coventry City go from strength to strength.”