Juventus FC’s Board of Directors resigns!

Press Release 2022-11-28 Italy Comments Off on Juventus FC’s Board of Directors resigns! 720 Views 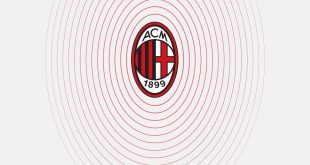 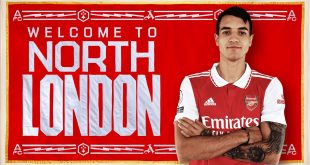 The Board of Directors of Juventus Football Club S.p.A. (the “Company” or “Juventus”), which met today under the chairmanship of Andrea Agnelli, having obtained new legal and accounting opinions from the independent experts appointed to assess the issues raised by Consob pursuant to art. 154-ter TUF on the Company’s financial statements as of June 30, 2021, analysed again the allegations indicated by the Public Prosecutor’s Office of the Court of Turin, the deficiencies and critical issues noted by Consob and the qualifications raised by Deloitte & Touche S.p.A., Juventus’ independent auditor.

With reference to the issues relating the so-called “salary manoeuvres” (“manovre stipendi”) of the financial years 2019/20 and 2020/21, the Board of Directors acknowledged the complexity of such profiles on valuation elements which may be subject to different interpretations regarding applicable accounting
treatments and carefully considered possible alternative treatments.

As a result of such overall analyses and evaluations, while the accounting treatment adopted falls within those allowed by applicable accounting principles, to increase prudence the Company:

– firstly, resolved to revise by way of increase the estimate of probability of occurrence of the conditions of permanence in the Team for those players who waived part of their salaries in biennium 2019/20-2020/21 and with whom salary increases or “loyalty bonuses” were subsequently concluded (in July/August 2020 for the first so-called “salary manoeuvre” and in September 2021 for the second so-called “salary manoeuvre”, respectively);

– on the basis of the aforementioned possibilities of adopting legitimate alternative accounting methodologies, evaluated to carry out a pro-rata temporis accrual of the costs related to the July/August 2020 salary increases (for the first so-called “salary manoeuvre”) and to the so-called “loyalty bonuses” of September 2021 (for the second so-called “salary manoeuvre”) starting from the earliest date of a so-called constructive obligation among those contemplated by the independent experts (and thus, respectively, from June 2020 and May 2021).

The above revisions of estimates and assumptions lead therefore to a revision of the estimates on the accrual charges as of end of June 2020, end of June 2021 and end of June 2022, as an effect of the salary increases executed in July/August 2020 and the “loyalty bonus” executed in September 2021, due to the pro-rata temporis accrual, pursuant to the so-called “straight line approach” (which is one of the approaches permitted by the accounting principles), starting from, respectively, June 2020 and May 2021; the effects substantially nil on the cash flows and net financial debt, both in previous financial years and in the one just ended and future financial years and are not material on shareholders’ equity for the financial years ended 30 June 2022.

The accounting effects of the above will be reflected in new draft separate financial statements and in new consolidated financial statements as of 30 June 2022, which will be analysed and approved in a forthcoming Board of Directors’ meeting, disclosed to the market in accordance with the applicable laws and submitted to the Shareholders’ Meeting already convened for December 27, 2022.

The Board of Directors thus unanimously approved the press release containing the considerations on the financial statements as of June 30, 2022 required by Consob pursuant to Article 114, paragraph 5, of the TUF, which is available at the authorized storage mechanism “1Info” (www.1info.it) and on the Company’s website (www.juventus.com), within the “Investor Relations” section.

The directors also requested the Company’s internal structures, with specific regard to the activity of the Sport Area, to complete their analyses and proceed to implement as quickly as possible the process already initiated to further implement and improve the internal procedures and the control measures to contribute to the process of strengthening the accounting policies related to the recognition and the measurement of the Company’s assets and transactions.

In light of all the above, in order to strengthen the Company’s management, the Board of Directors resolved to appoint Maurizio Scanavino as General Manager (“Direttore Generale”).

Furthermore, the Board of Directors’ members, given the centrality and the relevance of the pending legal and technical/accounting matters, considered in the best interest of the Company that Juventus provided itself with a new Board of Directors to address these matters.

For this purpose, upon proposal of the Chairman Andrea Agnelli and in order to allow the decision on the renewal of the Board to be submitted to the Shareholders’ Meeting as soon as possible, all the members of the Board of Directors present at the meeting declared to forego their office.

As a result of the foregoing, the majority of the Directors in office has ceased and, therefore, in accordance with the applicable laws and the By-laws, the Board of Directors must be deemed as ceased. The Board of Directors will continue its activities under a prorogatio regime until the Shareholders’ Meeting that has been convened for 18 January 2023 to appoint the new Board of Directors (except for Director Daniela Marilungo, who has resigned by means of a separate statement; see below for further information)1.

Juventus will continue to collaborate and cooperate with the supervisory and industry Authorities, without prejudice to the defense of its rights in relation to the challenges raised against the Company’s financial statements and press releases by Consob and the Public Prosecutor’s Office.

Please note, pursuant to Article IA.2.6.7 of the Instructions accompanying the rules of the markets organised and managed by Borsa Italiana S.p.A., that:

– with reference to the resignation of Mrs. Daniela Marilungo, she held the position of non-executive and independent director of the Company, as well as member of the “Control and Risk Committee” and the “ESG Committee” of Juventus. Mrs. Marilungo justified her resignation by stating the impossibility for her to perform her office with due serenity and independence, due to, but not limited to, the fact that she felt she had not been put in a position to fully “act informed” facing unquestionably complex matters; the Board of Directors took note of Mrs. Marilungo’s comments, without being in agreement with them. Nevertheless the Board of Directors thanks Mrs. Marilungo for her seven years at Juventus;

– based on the communications made to the Company and to the public, neither Mrs. Marilungo nor the other directors hold Juventus shares, with the exception of Andrea Agnelli, who holds 96,711 Juventus shares at the date hereof;

Director Giorgio Tacchia has been appointed as a member of the “Control and Risk Committee” to replace Daniela Marilungo. Based on the communications received by the Company, Mr. Scanavino does not hold any Juventus shares at the date hereof. 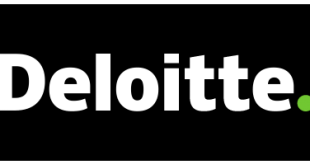