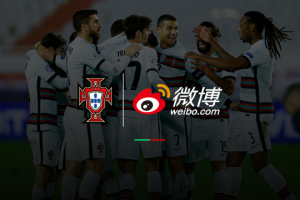 Portugal has about twenty million strong fans in China and its relationship with the team and players will continue to be strengthened, inspiring fans with new experiences and exclusive content, especially now in the race for Euro 2020, where Portugal will defend the title of champion.

FPF recognizes that Weibo, by supporting the sports industry and following its unique communication style on social networks, will maximize reach and communication with the thousands of existing fans, as well as with potential new fans from Portugal in China.

Being an innovative and digital-focused Federation, FPF will enhance the Weibo platform with exclusive original and personalized content for fans of Portugal in China.

Nuno Moura, CMO of the Portuguese Football Federation said, “Portugal and China have a historical connection that dates back to the 16th century, which, in addition to trade, allowed for the mutual sharing of knowledge in the most diverse areas and, also, of artistic and cultural influences. We are absolutely committed to following this path, now also through football. We hope that our national team can inspire a new generation of young Chinese footballers to reach their full potential and strengthen their connection with millions of Portuguese fans in China who, despite the distance, are constantly expressing all their support that our players so much value. With the strategic partnership with Weibo in the Chinese market, we will be able to be even closer to our fans and provide a premium experience, customized specifically for them. We are very grateful to these fans for their continued support for the National Team at all times and, with yet another European on the horizon, that they continue to wear our colors proudly.”

Zhan Sheng, General Manager at Sina Sports, added, “We are extremely pleased that Weibo has achieved this strategic partnership in cooperation with the FPF, which is also the first national team in the world to create a strategic partnership with Weibo. In the future, both parties will deepen the content distribution, event operation and commercial development. Weibo will actively collaborate with the Portuguese Federation to increase the volume of digital communication and optimize social media assets. Weibo will also work with the Portuguese national team to develop the official fan community and create a new ‘national online stadium’ for fans to see more football. We sincerely wish Portugal the best of luck, hoping that they will be able to go far in the European Football Championship, managing to further increase the passion of the fans at Weibo.”

Portugal currently has more than three million followers on Weibo making it the Football Federation with the biggest and fastest growth, as well as the highest level of involvement in Weibo in China. With monthly views of more than ten million and thousands of interactions, Portugal is one of the most relevant teams in China, drawing the attention of Weibo users through attractive content.

The National Team’s followers continue to grow at an average of 30,000 users per month, making it the number one National Team on Weibo. Topics like #TodosPortugal or #TeamPortugal have over fifty million views and comments, which demonstrates Portugal’s solid influence in the Weibo fan community.

Previous FC Goa look to get back against Al Rayyan SC!
Next Shaikh Salman offers condolences on the demise of Pranab Ganguly! 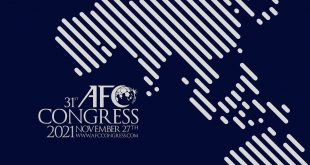