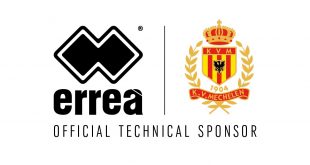 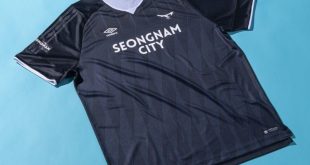 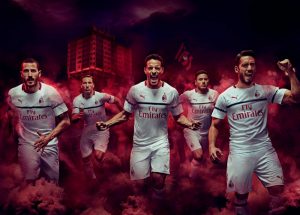 Inspired by legends, worn by new heroes, PUMA FOOTBALL brings to you the new AC Milan 2018/19 Away kit, which comes in the legendary white that has adorned the backs of legends during eight major European finals. The shirt features a round neck collar with red and black detailing, a black line graphic across the chest, back and arms reminiscent of the 90’s era Milan away kits and the ‘Diavolo Rossonero’ (The Red & Black Devil) on the back of the neck. The shirt will be accompanied by all-white shorts and white socks with a red and black band on the trim.

PUMA FOOTBALL unveiled the new AC Milan away kits at Spazio 21 (close to Piazza Tricolore), a post-industrial location usually used to host catwalks in the capital of fashion, but now for this event, totally transformed into a center for Milan’s football and street culture.

Then, the event hosted a 400-strong crowd of football-loving teens, influencers, and VIPs in a highly immersive experience, designed for maximum expression at the meeting point of football and the cities thriving underground scene.

Max Brigante the Italian DJ, and radio host then introduced Ernia, a local rapper and fan of AC Milan to the stage who revealed the away kit in the presence of the Milan players. This unveiling happened to his soundtrack “LA PELLE DEL PUMA” (the skin of PUMA) which was initially released last February to tease the upcoming partnership. 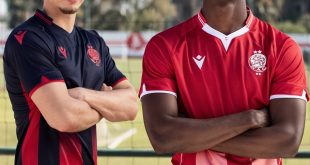