Bundesliga 2 reverts to a 1pm kick-off on Saturday afternoons!

Press Release 2022-04-26 Bundesliga Comments Off on Bundesliga 2 reverts to a 1pm kick-off on Saturday afternoons! 303 Views 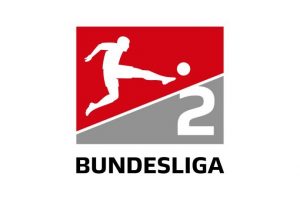 From the forthcoming 2022-23 season, Bundesliga 2 matches on Saturday afternoons will kick off at 1pm CET/CEST once more. Saturday matches previously began at that time for a period of twelve years between 2009 and 2021. The DFL Executive Committee passed a resolution to that effect, and as a result, the kick-off time that was changed for the start of the current season (kick-off at 1pm CET/CEST) will be adjusted accordingly. This means that the kick-off times for the Bundesliga (3:30pm CET/CEST) and Bundesliga 2 (1pm CET/CEST) will once again be staggered slightly. As a result of this adjustment, it will be possible to follow Bundesliga 2 matches comprehensively through to full time and with the subsequent post-match analysis.

Bundesliga 2 had expressed a positive opinion on this approach in advance. The adjustment has also been coordinated with German broadcasting partner Sky.

The scheduling of a Bundesliga 2 game for 8:30pm CET/CEST on the every Saturday matchday remains unaffected.