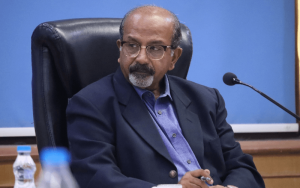 During his days as an active referee, Michael Andrews was a leading name in the circuit, who rose to become a FIFA referee. Currently the Chairman of the AIFF Referees Committee, Mr. Andrews has his task cut out – to take Indian refereeing to the next level of professionalism.

A man of huge experience, Mr. Andrews remains unperturbed by the challenges ahead. While talking to www.the-aiff.com, he clearly spelt out his preferences and plans to achieve the target.

Mr. Andrews pointed out that various changes have been strategised to reach the desired goal. He said that one of the most important changes the refereeing system in India will see in near future is the appointment of 50 professional referees on a full-time role with the AIFF.

“We are currently in a period of transition while moving into a more robust and professional system. I want to thank the AIFF President, Kalyan Chaubey, who took personal initiative to announce the required change. It is a great move and will surely have a huge impact in changing the course of Indian refereeing towards a brighter future in the coming years. The plan is that we will offer professional contracts to a certain number of referees and the number of professional referees should be increased to 50 ultimately,” Mr. Andrews said.

It can be recalled that in his message to the Referees Committee, which had its meeting earlier this month, Mr. Chaubey spoke about his plans of having 50 professional referees on full-time role with the AIFF, in order to help them focus on their craft.

“We will be making a number of reforms and restructuring the way we operate in terms of refereeing,” said Mr. Chaubey. “Overall, we intend to go for a disruptive strategy, because if we keep doing what we were doing, we will end up with the same results. We want to see more of our referees officiating in big international matches, making India proud,” he said.

Mr. Andrews said: “We are looking forward to at the moment are to review the existing policies and bring in necessary changes as soon as possible. There have been some new proposals that we have put in front of the new management for the development of the refereeing system in India.

“The Chief Referring Officer Trevor Kettle has proposed mid-season training of both ISL and I-League officials during the month of January for a better understanding,” Mr. Andrews further added.

The Committee had earlier recommended that one person one post policy would be followed regarding the appointment of Match Commissioners and Referee Assessors at the national level. He felt that anybody operating on a dual role could be a hindrance towards delivering their best in terms of match operations and said, “The two positions will be played by two different roles – Match Commissioner’s role will be mainly focused on administration and organisation of the match and the competition, whereas Referee Accessor’s role will be on referring related issues. It will be better if different set of people look into the job.”

In the ongoing FIFA World Cup Qatar 2022, the fans are experiencing a new theme of adding more than usual minutes to the injury time — there’s been an unprecedented amount of stoppage time added in some of the matches.

Asked, Mr. Andrews said: “I was also a referee and it’s the discretion of the referee how much time to be added as the injury time. A lot of things are taken into consideration here by the match official. It’s good that people are getting to watch much more game time than usual.

“In this regard, I will obviously stand by the referee’s decision and if needed referees in India too can look for this change in their respective games. He is the actual timekeeper of the match,” Mr. Andrews pointed out.