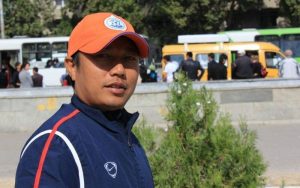 Bitan who had represented Churchill Brothers in the National Football League was in 2010 appointed as the Assistant Coach of India U-14 National Team at the AFC Football Festival staged in Hamedan City, IR Iran. He coached the team at the IMGR Scholarship Tournament in Florida, the USA in the following year.

He was next appointed as the deputy of Colm Toal for the AFC U16 Football Qualifiers in Tashkent in 2011 from where the U-16 colts went on to qualify for the AFC U-16 finals. He also assisted Toal once again during the exposure trip to PR China in 2013. In the same year, he was appointed as the assistant coach for the India U-19 National Team at the AFC U-19 Championship qualifiers in Doha, Qatar.

Later, he became the Head Coach during the SAFF U-15 Championship 2015 held at Dhaka, Bangladesh, following which he coached the India U-14 Team during the AFC Football Festival held in Dushanbe, Tajikistan in May, 2016.

General Secretary Mr Kushal Das in his message said: “It is a big loss for Indian football. Bitan Singh was a promising coach who nurtured many promising talents at the age-groups paving the way for the players to go on to don the Indian Senior National Team jersey in the future. My heartfelt condolences to his family. We pray for his soul to rest in peace.”

The IFA (Indian Football Association) today, February 25 decided not to stage the 2020/21 Calcutta …