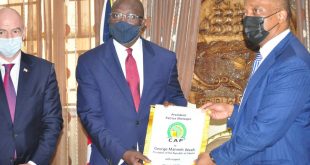 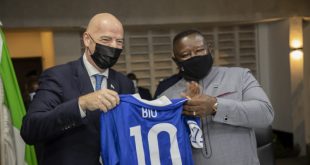 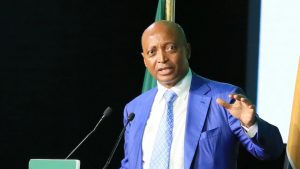 The President of the Confederation of African Football (CAF), Dr Patrice Motsepe welcomed the launch of a pilot inter-school competition project in Africa this week.

During a working visit to Kinshasa in the Democratic Republic of Congo, Dr Motsepe together with CAF Secretary General Véron Mosengo-Omba, formed part of the signing of an agreement by the Secretary General of FIFA, Fatma Samoura, the Minister of Sports and Recreation of the DRC, Marcel Amos Mbayo Kitenge and the President of the Congolese Football Federation (FECOFA), Constant Omari.

He also said that one of the best investments in the future and success of African football is to invest in school’s football and the building of youth football academies for boys and girls.

During his stay in Kinshasa, President Motsepe also paid a courtesy visit to the President of the Democratic Republic of the Congo, Félix Antoine Tshisekedi Tshilombo, who supports the organization of football tournaments in schools across the country and as well as in the rest of the African continent. 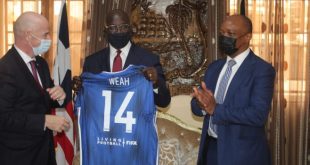