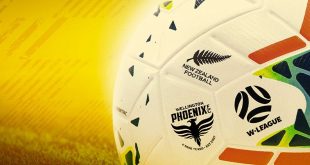 The Oceania Football Confederation (OFC) Beach Soccer Nations Cup 2021 has been cancelled due to the COVID-19 pandemic.

OFC’s Executive Committee made the decision this week to cancel the tournament and nominate Tahiti to attend the FIFA Beach Soccer World Cup 2021 in Russia in August as Oceania’s representative.

OFC’s beach soccer showpiece serves as the qualifying event to establish who will represent OFC at the global tournament.

This year’s Oceania event, that was set to be held in Tahiti, had been rescheduled multiple times due to border closures throughout the Pacific and with the deadline looming to nominate a representative it became clear it was not possible to play the OFC Beach Soccer Nations Cup in time.

Tahiti is ranked 13th in the world, the highest among OFC nations with the Solomon Islands next in 32nd; Tahiti also won the most recent edition of the OFC Beach Soccer Nations Cup in 2019.

OFC General Secretary Franck Castillo said the organisation exhausted all possible options to play the tournament before coming to this decision.

“We thank the Executive Committee for making this decision swiftly to give Tahiti adequate time to prepare for the FIFA Beach Soccer World Cup 2021 in Russia in August,” Castillo said.

“The sad reality of the coronavirus pandemic is that we have a number of hurdles to overcome to operate our tournaments and we are still unable to do so given the border closures throughout the Pacific.”

Beach soccer is a popular game in the Pacific and the return of the OFC Beach Soccer Nations Cup in 2019 marked the end of a six-year hiatus for the tournament.

“We look forward to when we can hold this event again in the future and thank our Member Associations for their continued patience during this challenging time in our region,” Castillo said.

Tahiti have attended the FIFA Beach Soccer World Cup five times and finished second in 2015 and 2017. 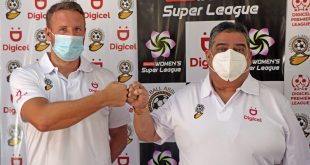 The Fiji Football Association has announced Timo Jankowski as its newly appointed Technical Director. This …