Olympics are paradise for an athlete, the entire world is watching!

Press Release 2021-07-22 General Comments Off on Olympics are paradise for an athlete, the entire world is watching! 216 Views 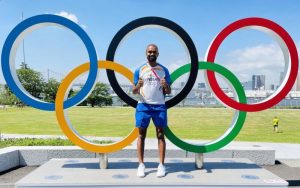 The Olympic Games in Tokyo are set to begin on July 23 and the excitement across the nation is growing fervently as India gets ready to cheer on its athletes in their quest for glory. Among the medal contenders will be the Indian men’s hockey team and in a recent chat on AIFF TV, goalkeeper Sreejesh PR termed the event as a ‘paradise’ and spoke about the powerful feeling that comes with representing the nation at the Games.

“It’s like a festival. The entire world is watching. The best athletes, the biggest stars – all your role models are present. It is like paradise for any athlete,” Sreejesh said during the live chat, which was hosted by women’s national team custodian Aditi Chauhan.

“The Indian contingent usually stays together on one floor in the village and there are different floors for different countries. But, what’s interesting is that we are all sharing the same dining space. So, you can see a lot of the other top athletes having their meals there and you can see what they are eating. At the gym, you watch in wonder as you see the weights that some of these guys are lifting. It’s a dream. The top pros are always focused, they don’t mingle much with the others till they finish their event. For the first-timers, it’s exciting. Unfortunately this time, it will be a bit different because of COVID,” Sreejesh averred.

Since making his international debut for India in 2006, Sreejesh has been an integral part of the Indian team and is widely regarded as one of the best goalkeepers in the sport. With 236 international caps under his belt, the 33-year-old was the captain of the Men in Blue at the Rio Olympics in 2016 where they finished in the Top 8.

Talking about his Olympic memories, he recollected how the hockey team had to skip the opening ceremony and stated that wearing the India jersey is the ‘best feeling’.

“Being there itself at the Olympic Games is a great memory. The opening ceremony is a big thing but in 2016, the day after the Opening Ceremony, we had a match, so we had to miss it. But, the best feeling is when you wear the India jersey, and then they play the anthem after you walk out. You really feel a number of emotions.”

“Definitely the anthem pumps you up, it energises you. But as a senior player, you need to control the youngsters. Once the anthem is done, you cheer each other up, maybe wave to the crowd a bit, but after that, you need to get down to business. No more distractions. And let’s face it, there are a lot of distractions on the pitch. There are fans shouting from all directions, maybe some opponents are snarling at you, or are saying things to put you off. So one needs to stay focussed,” Sreejesh averred.

Being one of the most experienced and recognizable faces in world hockey, Sreejesh revealed how he still gets ‘butterflies in the stomach’ before matches and stressed the importance of using the pre-match tension in a positive manner, irrespective of the opposition.

“If you feel calm and quiet before a match, there’s something wrong. Before a match, you should be able to feel the heat and whenever we play, we need to give our 100%. It’s normal to feel those butterflies in your stomach but what’s important is how you use those butterflies to your advantage. You need to use it in a positive way to focus better, and dominate to win matches,” Sreejesh explained.

He added, “This is one thing we always share with the youngsters. For example, we always look at Virat Kohli (Indian cricket team captain) – no matter the opposition, he’s always out there giving his 100% and being himself.”

Sreejesh, who received the Arjuna Award in 2015 and the prestigious Padma Shri in 2017, highlighted how as a senior player, it is important to make the young entrants ‘dream big’ and ensure that they understand the ‘responsibility’ that comes with donning the India colours.

“Mostly, the experienced players know that we need to reach certain goals in the big tournaments but it’s up to us to motivate the young guys. Some of them may be happy by just thinking that they are playing for India. However, it’s the senior players’ duty to make them understand that it’s not enough and that playing in a major tournament is an opportunity to actually win a medal. We need to force the youngsters to dream, tell them that they are very good players and that they can do well here.

“At times, you can’t help it since that’s how it is when you are young. When I got the India jersey for the first time, I remember my seniors told me that I have got the jersey but I need to keep wearing it now. If I make mistakes, I would have to suffice with playing at club or state level. The India jersey carries a big responsibility with it and being a senior now, it’s our responsibility to put these things in the mind of the players,” Sreejesh declared. 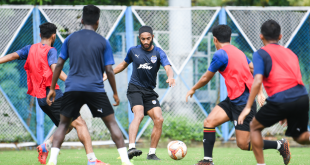