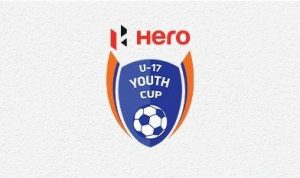 The All India Football Federation (AIFF) has confirmed Sreenidi Deccan FC as hosts of the Final Round of the U-17 Youth Cup 2022-23 which will be played here at the Deccan Arena from January 23-31. This will be the first national level tournament to be held in Telangana under the auspices of the Telangana Football Association (TFA).

“I would like to thank the AIFF for giving the TFA and Sreenidi Deccan FC the opportunity to host this national level tournament,” said G.P. Palguna, TFA Secretary and AIFF Executive Committee Member. “I would also like to thank TFA and Sreenidhi Group Chairman Dr. KT Mahhe for his contribution to developing football in Telangana by providing international quality infrastructure.”

The preliminary stage of the tournament was played across India with 50 teams taking part and that number has now whittled down to the last 16. Sreenidi Deccan FC, who were hosts of Group E, overcame teams like Mumbai City FC, Gandhinagar FC, Jeppiar IT FC and Silvassa United FC to top their group without losing a single match.

“Sreenidi Deccan FC is excited to host the final round of the U-17 Youth Cup after hosting Group E of the qualifiers with great success,” said Fabio Ferreira, Technical Director of SDFC. “Promotion of football at local and national levels is consistent with the club’s mission and vision, and demonstrates that we are actively contributing to the development of football at all levels, from youth to senior. Together, we will ensure the success of the finals with the support of AIFF and TFA.”

Sreenidi Deccan FC will face Sudeva Delhi FC in the Round of 16.

“It’s a great step forward for Sreenidi Deccan FC to host the final rounds of the U-17 Youth Cup 2022-23 and be able to give a platform and foundation for young and upcoming footballers to showcase their talent,” said Jivv Vickram, Executive Director Sreenidi DeccanFC. “We thank the AIFF and TFA for their constant support in order to promote football in Hyderabad and Telangana.”

I often get asked – where is Indian football heading? Why haven’t we made the …