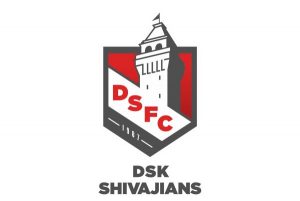 Sumeet Passi, a product of the Chandigarh Football Academy, played for NorthEast United FC in the Indian Super League – Season 3, and for Sporting Clube de Goa in the 2015/16 I-League.

The 21 year old has made two appearances for India scoring one goal after having come through the India Junior set-up.

Speaking on the signing, First Team Manager Dave Rogers said, “We are delighted with the addition of Sumeet to our squad. He comes with a good pedigree and will give us a different dimension in our forward line. He is a young striker with lots of enthusiasm and desire for the game and has also stood out while playing for the Indian national team.”

“The technical staff at the club are very excited to be working with such a good young talent. I feel there is more development and improvement to come from Sumeet. He is settling in well and showing very good progress in training ahead of the start of the I-League. We wish him every success with us here at DSK Shivajians,” Dave Rogers added.

In tune with the theme of signing players who can lead from the front, the club has also signed last seasons Aizawl FC captain Ricky Lallawmawma. The 25-year-old defender from Mizoram has been an integral part of Aizawl FC defence. Having played over 1,300 minutes over the course of the season, in Ricky, DSK Shivajians have brought in an ever reliant leader.

Delighted at the prospect of working with the talented Mizo, Dave Rogers said, “I first saw Ricky playing in the Mizoram Premier League over a year ago. What stood out for me, was his defensive ability and his game intelligence.”

“A calm and collective presence in the backline and also a very versatile player, he will offer me good options on the left side of the pitch. Ricky is a model professional and a fantastic human being who showed real desire to sign for us at DSK Shivajians. At 25, he is at the perfect age of a player who wants to improve and help us take DSK Shivajians to new heights in the long term,” Dave Rogers added.

As XtraTime reports from Kolkata, city giants Mohun Bagan AC will not celebrate the yearly …