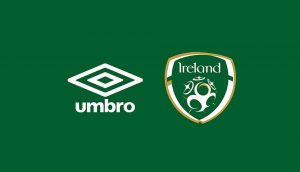 UMBRO will supply the national team – men’s and women’s – from senior through to all underage levels – with kit, training apparel and equipment from November 2020 for a six-year period.

Ireland will join a host of global teams wearing UMBRO kits in a relationship that coincides with an exciting time for Irish football. From Stephen Kenny’s senior men’s team who are about to embark on the qualification campaign for the 2022 FIFA World Cup for football biggest tournament to Vera Pauw’s senior women’s team preparing for their 2021 UEFA European playoff game, Ireland are competing with the world’s best teams at the very top level.

The deal will also include full kit, training apparel and equipment for the Ireland underage teams, including the U-21’s as they aim to continue their recent impressive run in qualifying for UEFA U-21 European Championships.

Previous Ajin Tom: Malabarian’s home ground is special to me!
Next CONCACAF agrees to new format to complete 2020 CONCACAF League!