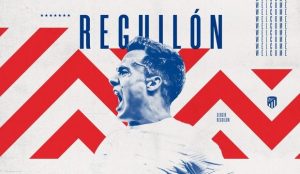 Atletico Madrid and Tottenham Hotspur have reached an agreement over the loan of the defender Sergio Reguilón, who will wear the Red & White jersey during the 2022/23 season.

Sergio Reguilón is now a new Atleti player after the agreement reached with Tottenham Hotspur over the loan of the defender to the club until the end of the current season.

The 25-year-old Spanish international made his debut in the first division on November 3, 2018, establishing himself in the elite in the following campaign wearing the FC Sevilla jersey. He made 38 official appearances for Sevilla, scoring three goals and providing five assists. He played in the Premier League the last two seasons, where he played a total of 67 games for the Spurs, scoring two goals and providing nine assists.

The new Red and White defender signed his contract with the club after completing the medical tests at the Clínica Universidad de Navarra. The player underwent surgery last week for pubalgia and will continue the rehabilitation and functional readaptation process with the medical services of Atletico Madrid.