Bengal under IFA promoting Futsal in a big way!

Arunava Chaudhuri 2021-06-06 Futsal Comments Off on Bengal under IFA promoting Futsal in a big way! 627 Views 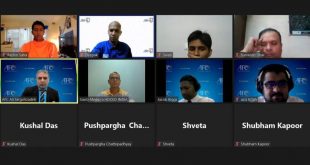 AFC, AIFF meet to discuss development of futsal in India! 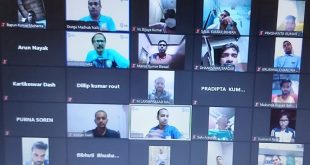 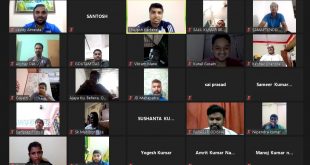 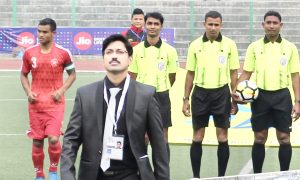 Bengal sports are taking up new heights with the help of the Indian Football Association and All India Football Federation. Under the supervision of IFA secretary Joydeep Mukherjee is uplifting Futsal in Bengal. The AIFF is providing equal contribution and has declared to arrange for a Futsal League.

Since 2014, Aparup Chakraborty has contributed a great amount of time in promoting Futsal in Bengal. He is now an AIFF Match Commissioner and Technical Director of the IFA Futsal Committee and has taken big steps in creating awareness of this game in India. Along with Sukriti Kumar Dutta of the Calcutta Referees’ Association has also extended its hands of support to Mr. Chakraborty. He has launched short videos on each of the 17 FIFA FUTSAL LAWS OF THE GAME in Bengali to popularise it amongst the masses.

Aparup Chakraborty said, “I have officiated 142 matches under AIFF mostly in remote parts of Bengal and realized we are crazy about the game but not aware of the FIFA Football Laws of the Game. The Offside rule is not applicable in Futsal. Just imagine a full house Futsal League final and we have a goal from an ‘offside’ but the referee declares a Goal!”

“I am passionate about promoting Futsal and getting tremendous support from my parent Associations AIFF, IFA, and Joydeep Mukherjee, why not take a step forward?” He further said, “I am also trying to promote in the UK and US so that the IFA and Futsal Laws get more popularised amongst the expatriate Bengalis. Team IFA and Joydeepda have been working so hard especially in this tough time. I feel motivated and honored to be a small part of this team.”

Not many people know about the game rules. Therefore, Joydeep Mukherjee together with AIFF Referee Assessor has proposed to create an entire 17 Futsal laws short videos for the explanation.

Aparup Chakraborty said, “We will be sharing all the Futsal Laws of the Game in 20 minutes per half so quite befittingly the name is Futsal 20′. I am planning to promote in the Social Media platforms of IFA TV & Telecast in Siti Networks.”

AIFF League department CEO Sunando Dhar said, “I would like to take this opportunity to compliment Aparup and Proindia for the work they are doing to promote Futsal. We are the All India Football Federation, which is very keen to create awareness of the game and start the futsal club championship. If it were not for the pandemic, we would have already launched the futsal club championship last year. Hopefully sometime in 2021, when the situation improves, we will start the Futsal club championship. But in the meantime, under the guidance of Joydeep and IFA, what Aparup is doing i.e. the making of the videos of each law and working with the CRA is commendable.”

“Moreover, this will help the people to understand this game much better and this method can be used to promote Futsal in the districts and other metropolitan cities across the state of Bengal and also the rest of the country. This is a unique method and I must congratulate Aparup, who has come up with this unique idea and I’m sure it will make people understand how futsal is played and the laws of the game.”

Similarly, Sukriti Kumar Dutta, Secretary of Calcutta Referees Association, said, “Under the guidance and initiative of Joydeep Mukherjee and Aparup Chakraborty meetings were held in January and February regarding Futsal. According to the plans, CRA is continuously providing their full support especially in the field of a referee, as the rules and regulations are quite different from that of football. By this time, we have already conducted a seminar for referees where they were trained along with physical fitness test. Since the rules and regulations are different from Football, the audience, sponsors, press, and others need to know the Futsal Laws.”

“Aparup Chakraborty has made short videos and tried to explain the gameplay and the laws associated with it. He is trying to create awareness of Futsal virtually. To promote this game, Aparup Chakraborty has contributed a lot of effort and we hope that he succeeds in this program and CRA will be a part of this effort equally.”

Aparup Chakraborty is hopeful about the future of Futsal in India and across the Globe, and he firmly believes that it can make a clear pathway to the sports lovers’ priority watchlist within a very short span of time.

AIFF Futsal Coaching Course to be held by FA of Odisha!