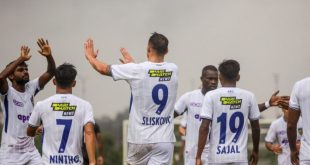 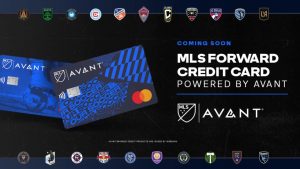 As Major League Soccer (MLS) nears the mid-way mark of its exciting 27th season, MLS and Avant, a credit-first neobank* that gives consumers access to the financial solutions they deserve, announced today a multi-year partnership.

“This multi-year exclusive strategic partnership with MLS further expands upon Avant’s offering to its customers,” says Kevin Chin, Head of Business Development & Partnerships at Avant. “The agreement designates Avant as the Official Credit Card* Partner of Major League Soccer, the MLS All-Star Game, MLS Cup and eMLS, and will result in the creation of the fan affinity credit card.”

Cardholders will have access to benefits including ticket pre-sales, express entry to select major events, and merchandise. Additionally, cardholders will earn rewards points on purchases, including increased rewards for certain categories of purchases such as MLS-related purchases. Points can be redeemed for cash back, tickets to MLS matches, and gift cards for MLS merchandise. Avant will also have the license to create specific credit card designs for 21 Major League Soccer clubs in the U.S. Among the additional highlights of the wide-ranging partnership, Avant will be featured at major MLS events including the MLS All-Star Game presented by Target, MLS Cup Playoffs, and MLS Cup. Avant also becomes a Presenting Sponsor of MLS matches on Univision during the second half of the current MLS regular season.

In the days leading up to the 2022 MLS All-Star Game in Minnesota, MLS and Avant will take to the streets of the Twin Cities to offer consumers compelling experiences to drive awareness of the new partnership. Prizes for the fans participating in fun-filled contests at the activations include a trip to MLS Cup.

“As Major League Soccer continues to experience a period of incredible growth and innovation focused on the fan experience, we are proud to partner with Avant to engage fans and reward them for their passion,” said Carter Ladd, MLS EVP, Brand Alliances and Consumer Products. “We look forward to collaborating with Avant on offering access to an MLS-branded affinity credit card that will provide our fans with access to a series of experiences and a way to highlight their fandom through their everyday lives.”

“This is an exciting milestone in our company’s journey,” says Matt Bochenek, CEO of Avant. “The strategic partnership with Major League Soccer aligns with our vision and values. We’re continually building our business in a way that brings value to underserved customers, providing them with solutions to own their financial journeys using the MLS Forward Credit Card powered by Avant, issued by WebBank.”

Major League Soccer is the fastest-growing soccer league in the world, more than doubling in size to 29 clubs over the last 15 years. The momentum will continue as soccer will grow throughout North America on the road to the 2026 FIFA World Cup hosted by the US, Canada, and Mexico. With players representing 82 countries, MLS has the most global player pool in all sports, and its fan base is one of the youngest, most diverse audiences in North American sports.