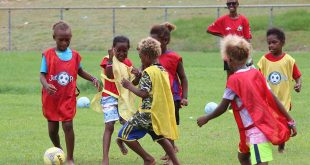 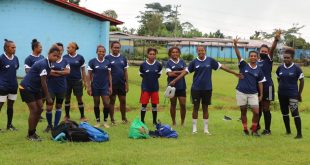 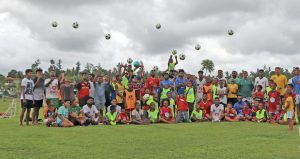 Around 70 kids attended the festival at the FFA Academy in Ba, with fun games and skill sessions led by the FFA technical department.

It followed a four-week children’s development programme in Vatuwaqa, which concluded earlier in December.

FFA Technical Director Timo Jankowski said seeing members of the Digicel men’s national team helping to develop the next generation of footballers in Fiji was a highlight of the festival.

“It was really great to see so many kids taking part and to have men’s national team players join in to play with the kids,” Jankowski said.

“The most important thing is to get people playing, because the game is the best teacher.”

“We showed them some stuff which they can take home and work on too.”

Jankowski said for some attendees, the festivals will act as a steppingstone to involvement in the FFA’s elite junior programmes in 2022.

“These festivals are important because we want to involve as many people as possible in Fijian football,” he said.