Hero U-17 Women’s Championship to commence tomorrow in Kalyani!

Press Release 2019-11-10 General Comments Off on Hero U-17 Women’s Championship to commence tomorrow in Kalyani! 436 Views 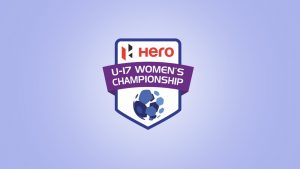 The Hero U-17 Women’s Championship 2019, organized by Football Sports Development Limited (FSDL) and Reliance Foundation, will get underway from Monday, November 11 in Kalyani, West Bengal. The tournament was announced earlier this year by FSDL Chairperson Nita Mukesh Ambani while addressing the Indian Super League club owners’ meet, which was also attended by the AIFF president Praful Patel.

Aimed at helping India select its players for the 2020 FIFA U-17 Women’s World Cup, to be held in the country, the seven-day tournament will have four teams competing against each other. The four-teams – Panthers, Tigresses, Lionesses and Cheetahs – will face each other once in a round robin format. A total of 73 players will be pitted against each other as part of the four teams, with each team having a five-member support staff consisting of a Head Coach, Assistant Coach, Goalkeeping Coach, Physio and Team Manager. Coached by India’s national U-19 women’s team coach, Alex Ambrose, the Lionesses will certainly pose a threat to the other teams, with the competition representing a great learning experience for the players. However, on the basis of sheer prowess on paper, Cheetahs are expected to be boosted by Indian football legend and Arjuna Awardee, Oinam Bembem Devi, who will be acting as the head coach of the team. There will be no lack of experience and expertise for the Tigresses and Panthers, who will be coached by former U-14 women’s team coach Priya PV and former India national team member Subhash Chakraborty respectively. Organised under the aegis of the AIFF, the tournament final will be played between the top 2 sides on Sunday, November 17 in Kalyani.

Football Sports Development Limited (FSDL) along with Star Sports, India’s leading sports broadcaster, have also launched the campaign #GroundsKnowNoGender for the tournament. The campaign for the HERO U-17 Women’s Championship looks to build interest in women’s football in the country as a build up to the 2020 FIFA U-17 Women’s World Cup to be held in India. The new TVC on Hero U-17 Women’s Championship #GroundsKnowNoGender conceptualised by the in-house Star Sports creative team celebrates talent of young Indian girls who have an interest and passion for football.

The tournament will be telecasted in 6 languages (English, Hindi, Bangla, Tamil, Telugu and Kannada) across the Star Sports Network, Hotstar and Jio TV.

Previous India U-19 lose 0-3 to Afghanistan in AFC U-19 Championship qualifiers!
Next Bengaluru FC cruise past Chennaiyin FC to claim first ISL-6 win!