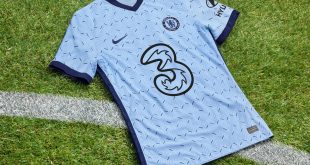 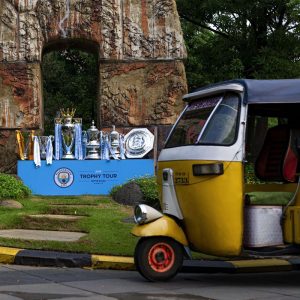 Manchester City has brought its silverware to three cities in India from November 16 to 24 to celebrate with fans as part of the final stop on its global trophy tour, presented by Etihad Airways. The Trophy Tour is a part of a club celebration after making football history by becoming the first English football club to lift six trophies: Premier league title, FA Cup, Community Shield, Carabao Cup, Women’s FA Cup and FA WSL Continental Cup, across both its men’s and women’s teams in the same season.

On Sunday, November 17, City hosted a free football festival at the Shopping mall VR Chennai (Jawaharlal Nehru Road, Anna Nagar), with a day of fun activities for all the family. Football fans were able to turn up and have their photo taken with the six trophies, create their own player walkout video, and learn from the Manchester City coaches on hand to offer coaching clinics and skills sessions.

Club legend and former City centre-back, Micah Richards, who made 246 appearances between 2005–2014 and won three trophies during his time at City, then accompanies the silverware in Mumbai and Kolkata for a series of exciting fan and community activities.

Commenting on his maiden visit to India, Micah Richards, City Legend said “I am thrilled to visit India as part of Manchester City’s Trophy Tour. Our aim is to bring an authentic City experience, allowing fans in India a chance to experience the club they love closer than ever and right in their hometowns. We have been receiving immense support from the City fans in India and I can’t wait to engage with them all”

In Mumbai, the trophies will be displayed at the PUMA FLAGSHIP store from 6pm on Wednesday, November 20 located in Durga Chambers Linking Road.

From 9pm on Saturday, November 23, Bakstage in Kolkata (1st Floor, EN Block, Sector V, Bidhannagar) will be transformed into a match day screening party as City take on rivals Chelsea in a highly anticipated Premier League fixture. Fans at the CityLive! event will get to hear Micah Richard’s match analysis, plus there’ll be exclusive giveaways and chances to win player signed shirts.

One of the highlights of the Trophy Tour, supported locally by Rexona and TECNO mobile, is an immersive fan experience that is modelled to look like the home dressing room at the Etihad Stadium, giving fans in India a chance to experience the excitement of a City match day.

As part of City’s global community work, City is now supporting three community football projects in India, as part of the Cityzens Giving initiative. With existing projects in Kolkata and Bangalore, this Week City announced it would be supporting the Goals for Life project in Mumbai. Delivered in partnership with OSCAR Foundation and supported by Club technology partner Cisco, Young Leaders will empower the lives of children in their community by using football to instil the value of education amongst participants and their families. Micah and the trophies will be visiting Young Leaders from Goals for Life project in Mumbai.