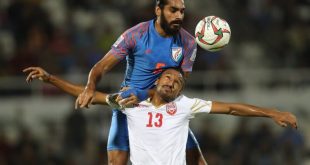 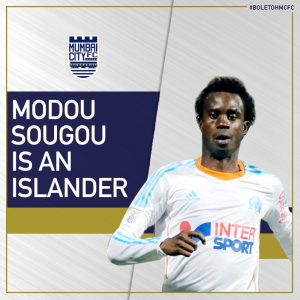 33 year old Fissel-born Pape Amodou “Modou” Sougou in his youth played with Dakar-based AS Douanes before moving to Portugal to play for União Leiria (twice), Vitória Setúbal and Académica Coimbra over a seven season period.

In 2011, Modou signed for Romanian side CFR Cluj and there played under new Mumbai City head coach Jorge Costa. After two successful years, Modou made a big transfer move to Olympique Marseille but failed to hold down a place, so he was send out on loan to Evian.

In 2015, he signed for English Championship side Sheffield Wednesday and scored on his debut but there after things turnd difficult and he was send in early-2017 on loan to Portuguese side Moreirense FC.

Mumbai coach Jorge Costa said, “He has shown his quality in the best leagues in the world and he has the speed and talent our team needs. He has joined us on our pre-season training and we are sure that he will be one of the key cogs in the Mumbai City FC wheel in the upcoming season.”