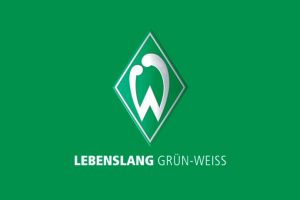 SV Werder Bremen have signed 39-year-old Peru legend Claudio Pizzaro with immediate effect. The Bundesliga side announced the surprise deal on Sunday, which is bound to a performance-based contract. Pizzaro will retire from professional football after the 2018/19 season.

“We have been in contact with Claudio over the past few weeks and both he and ourselves expressed the desire for him to call time on his playing career here in Bremen, here at the Weser-Stadion. We assessed these ideas closely, we set out the framework for it and then decided to have Claudio starting the season with us again,” said Frank Baumann, CEO, Werder Bremen.

“In our view, we can get the balance right by using Claudio’s ability and personality, without hindering the development of our young players. Claudio knows, that he is also here to push and help our young players in order to bring them up to the next level.”

Head coach Florian Kohfeldt said: “From a footballing perspective, bringing him back makes complete sense. Claudio knows that he will not be a definite starter in the team but he will have an, impact in the dressing room and will do the team good with his extremely positive energy, his conviction and his hunger for success. If he is fit and stays healthy, I am certain that he can also further help us at critical moments on the pitch. There is no doubting his talent and he adds something different to the strike force. Claudio is a legend and he will get his moments this season.”

Talking about his new contract with Werder Bremen, Pizzaro said: “I am delighted to have the chance to be part of this team again in order to hang up my boots at the club where it all began in Europe. I am looking forward to the challenge, to passing on my experience, but I will not make any secret of the fact that I have come back to score goals. I am convinced that we can have a strong season together.”

At international level, Pizarro has 85 caps for Peru (20 goals). He has lifted both the Bundesliga title and DFB-Pokal on 6 occasions each, won the UEFA Champions League and the FIFA Club World Cup.