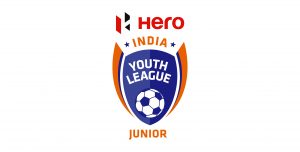 Ten teams across the country have already qualified for the Final Round of the Hero Junior League 2018-19 while two spots are yet to be filled up in the Bengaluru and Goa zones respectively.

Twelve other teams across the fifteen zones will advance to the Playoff round where they’ll get another chance to join the twelve teams in the Final Round.

ATK and Mohun Bagan, having finished their respective groups in the Kolkata zone, cemented their berths in the final round whereas the Playoff spot is snatched by East Bengal Club from the other group in the same zone. While Mohun Bagan (13) had supreme authority over their opponents, East Bengal (13) and ATK (17) had to go through a tough ride to grab the pole from their group.

Reliance Foundation Young Champs had a stupendous run to solidify to confirm their final round berth ahead of Iron Born FC, Football School of India (FSI) and others. Iron Born FC have also followed the RFYC boys to qualify to the final round whereas FSI colts have qualified to the Playoff round. Iron Born FC have garnered 5 wins to wrap up their campaign with 15 points out of possible 18 whereas RFYC have maintained 100% winning record to confirm their qualification having played only 5 matches so far. Meanwhile, they have scored 30 goals in 5 matches having conceded zero until now.

Having scored 78 goals in eight matches, Bengaluru FC have also roared into the final round from Group A of the respective zone. Alongside the scintillating attacking prowess, their defensive unit has also shown immense authority over others. Having conceded zero goal in eight matches, their defensive unit will surely give opponent coaches many a sleepless night in the final round.

Three-time champions Minerva Punjab FC have kicked off their campaign in style. The Former I-League champions have scored 21 goals in 5 matches to grab maximum 15 points to advance to the final round. The Ludhiana-based side are yet to play their last fixture in the zonal round but it’s going to be nothing more than a dead rubber.

FC Madras have been enough clinical to confirm their participation in the final round whereas Chennaiyin FC colts have finished second in the group to qualify to the playoff round. FC Madras signed off with 18 points from 8 matches while Chennaiyin FC have amassed 14 points with one match in hand.

Sudeva FC, with 21 points form 7 outings so far, have had a brilliant run so far in the Delhi zone. While they have smacked 28 goals in the process to maintain an 8-point lead over second-placed Delhi Dynamos FC, DDA are giving the Hero ISL outfit a run for their money to grab the coveted second spot to advance to the playoff round.

Although Shillong Lajong FC senior team haven’t had a decent season in the I-League, their junior side has lived up to the expectations to confirm the pole position in their respective zone. With 4 wins and 1 draw, the Reds have already confirmed the top berth in the group.

In the Goa zone, fates are yet to be sealed for all the five teams who have thrown their hats in the ring. Red Machines Churchill Brothers SC and Dempo SC are locked at the top with 9 points from 3 matches whereas FC Goa are Salgaocar FC not falling behind. Sporting Clube de Goa are yet to open their account after playing an equal number of matches.

Out of the six ROI zones, five teams have already wrapped up their campaign at the top to qualify to the playoff round. SAG Football Academy (ROI:B), State Football Academy (ROI:C), Kerala Blasters FC (ROI:D), Gokulam Kerala FC (ROI:E) and Dhanbad FA (ROI:F) have already cemented themselves in the next round of the Hero Junior League 2018-19 where the group-topper from ROI:A will join them after their zonal round concludes.

Twelve teams, who will be divided into three groups, will battle amongst themselves to advance to the Final round eventually. After the single-leg league round, three group champions alongside the best second-placed team will join the twelve teams in the final round. Matches of Group A (Kalyani Stadium), Group B (Naihati Stadium) and Group C (Barrackpore Stadium) will be held between May 13 and 17.

Sixteen teams will be divided into four groups and the eventual group champions will qualify to the semifinals of the Hero Junior League 2018-19. The single-leg league round is scheduled at the Barrackpore Stadium and Kalyani Stadium between May 20 and 25.

Both the semifinals are scheduled at the Naihati Stadium on May 27 before the subsequent winners lock their horns for the coveted Hero Junior League 2018-19 silverware at the same venue two days later, May 29.