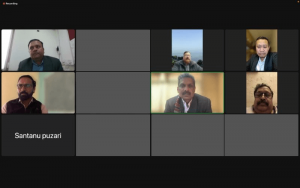 The Federation’s League Committee meeting was chaired by Lalnghinglova Hmar over video conferencing on Friday, January 13, 2023.

The Committee, in its first order of the day, recommended that two teams from the 2nd Division League be promoted to the I-League from the 2023-24 season onwards.

The Committee also deliberated on the All Manipur Football Association’s nomination of a particular team for the 2nd Division League, despite the club finishing fifth in the State League; the AMFA had earlier nominated the state league champions, but that was rescinded later. After much discussion on the general confusion over the nominations from Manipur, the Committee recommended that no nominations be taken from the state for the 2022-23 edition of the 2nd Division League.