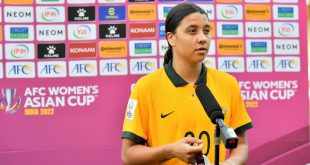 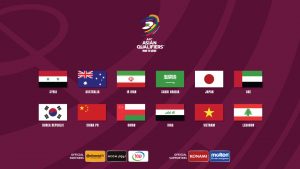 The cast for the AFC Asian Qualifiers – Road to Qatar 2022 was confirmed on Tuesday with 12 teams sealing their places in the final round.

Vietnam are the newcomers, as the Southeast Asian side joined 11 teams who have featured at this stage of FIFA World Cup qualifying before.

All 12 teams also confirmed their tickets to the 2023 AFC Asian Cup in China by qualifying for the final round of the Asian Qualifiers for the FIFA World Cup.

Syria, who secured their position as Group A winners after a fantastic run of seven consecutive wins, were joined by China with the East Asians advancing as one of the five best runners-up.

China confirmed their place after defeating Syria 3-1 on Tuesday, with Li Tie’s side making it four wins out of four since the resumption of the second round of the Asian Qualifiers.

Australia, who had sealed their place in the final round on the Road to Qatar 2022 and their berth in the 2023 AFC Asian Cup – China Finals last week, completed their Group B campaign with a 1-0 win over Jordan on Tuesday.

From Group C, Iran also completed a fine return to form as they made it four wins out of four since the resumption of the Asian Qualifiers, defeating Iraq 1-0 to seal the top spot.

Good news for Iraq was that they too advanced as one of the best runners-up, thanks to their consistency throughout the second round of the Asian Qualifiers.

Saudi Arabia were at their mercurial best as they confirmed top spot in Group D with an emphatic 3-0 win over Uzbekistan, a result which meant the Central Asian side’s FIFA World Cup dream came to an end.

Oman’s fabulous campaign was rewarded with Branko Ivankovic’s side advancing from Group E as one of the best five runners-up, with the West Asians defeating Bangladesh 3-0 on Tuesday to complete their campaign with an impressive 18 points.

Japan were another team to complete their second round campaign with a perfect record of eight wins, with Hajime Moriyasu’s side defeating Kyrgyz Republic 5-1 in their final Group F tie on Tuesday and the Samurai Blue will now concentrate on qualifying for their seventh successive FIFA World Cup Finals.

Group G saw the United Arab Emirates cap their resurgence with a thrilling 3-2 win over Vietnam to finish top, with the Southeast Asian side also rewarded for their fine form by sealing a spot in the final round as one of the best runners-up.

South Korea, meanwhile, had completed their Group H campaign on Sunday with a 2-1 win over Lebanon and the Taeguk Warriors will now look forward to sealing a place in the FIFA World Cup Finals for the 10th consecutive edition.

Good news for Lebanon was that they sealed the fifth and final spot available for the best runners-up. 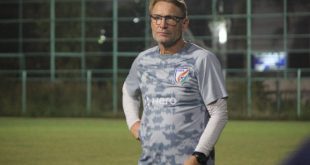