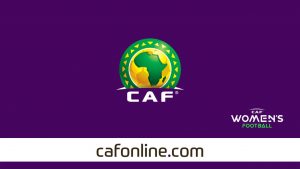 Some of Africa’s most celebrated former football stars will be part of the CAF TV commentary and analysis line-up in Morocco for the TotalEnergies Women’s Africa Cup of Nations from July 2 to 23, 2022.

The stellar on-site commentary and analysis team is a first in the history of the WAFCON competition and is part of CAF’s objective to enhance the quality of the TV product for the viewer, in keeping with the growing global stature of African women’s football.

“The viewer experience is our priority, we want women’s football in Africa to be a globally competitive television product. We are excited to welcome these stars who will be part of the CAF family. Improving the television product is one of our top priorities right now. Women’s football in Africa is on the ascendance and I am really looking forward to this competition,” CAF General Secretary General Veron Mosengo-Omba said

Christine Manie first forged her reputation playing for the famous Canon Yaounde, before embarking on a successful football career that has taken her to Belarus, Romania and the French league. She was member of Cameroon squad at the 2006, 2008, 2010, 2012, 2014, 2016 and 2018 Women’s Africa Cup of Nations. Manie was a stalwart for the Indomitable Lionesses, scoring a dramatic extra time winner against Cote d’Ivoire in the semifinal of the 2014 WAFCON which qualified Cameroon for their first ever FIFA Women’s World Cup.

Amanda Dlamini was a dynamic Banyana Banyana midfielder who has established a solid reputation for her insightful analysis on African and global football for broadcaster SuperSport. Dlamini is currently the South African Football Association’s Senior Manager for Commercial and Marketing.

Rachael Ayegba is a former Super Falcons goalkeeper. She made her debut against Namibia in 2001 and was a member of the Super Falcons squad at the 2006 and 2008 Women’s Africa Cup of Nations, as well as the 2007 Women’s World Cup in China and African Games in Algeria same year. At club level, during her active 11-year spell in Finland, she has enjoyed stints at Kokkolan Palloveikot, Kuopion Palloseura, GBK Kokkola and notably with PK-35 Vantaa, where she won a couple of domestic titles and also competed twice in the UEFA Women’s Champions League.

Haifa Guedri was a member of Tunisia squad at the 2008 Women’s Africa Cup of Nations, the first participation of Carthage Eagles at the glorious tournament. She has also played for ASF Sahel and Tunis Air Club in Tunisia.

The tournament kicks off on the evening of July 2, 2022 when hosts Morocco face Burkina Faso at the Prince Moulay Abdellah Sports Complex in Rabat.