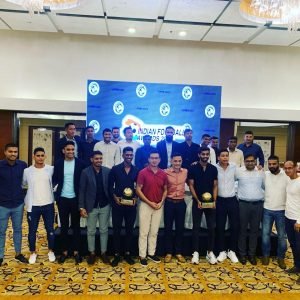 The Football Players Association of India (FPAI) have announced the winners of the annual Indian Football Awards for the 2021/22 season at a press interaction and awards evening at The Park Hotel in Kolkata.

Hyderabad FC picked-up further awards as head coach Manolo Marquez Roca was named Coach of the Year, while Nigerian Bartholomew Ogbeche was named as Foreign Player of the Year.