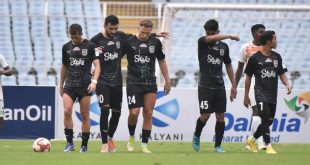 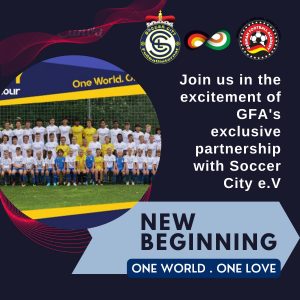 The German Football Academy – India has announced a new tie-up with Germany-based Soccer City in regard to football talent development.

‘Soccer City e.V. – Bildungsstätte für Fußball’ is based in Lengenfeld unterm Stein in Thuringia state has a focus on developing talent for professional football. It is recognized in Germany and across Europe for its path breaking youth development methodology and programs.

The German Football Academy – India with Soccer City endeavours to provide young footballers with an opportunity of a lifetime to live their dream of playing football in Europe through the comprehensive Soccer City learning and development programs that not only focus on football but also on academics, thus helping in the holistic growth of a child.
The German Football Academy’s Krish Roy said, “For us at GFA this tie-up with Soccer City will help our GFA players have a real pathway into professional football in Europe.”

For the German Football Academy the latest tie-up comes after a local tie-up with United FC Cochin in India and GFA product Hrishikesh Namboothiri signed a professional contract with I-League side NEROCA FC for the 2021/22 season.