After an autumn and winter with a second and third wave of COVID-19 cases, the infections have dropped dramatically in Germany over recent weeks with the country opening up after an extended lockdown since November 2020.

With the UEFA EURO 2020 having kicked-off, there still isn’t the usual feeling of a big tournament happening in the country, but that is expected tomorrow with Germany finally entering the tournament.

And what is expected of Germany in UEFA EURO 2020?

The tournament will be the final competition for Germany head coach Joachim Löw after 15 years in-charge of Die Mannschaft and he will want to end his tenure with a success.

Speaking about it, Joachim Löw said, “I don’t think about it being my final games. I’m too focused and too busy for that, of course also in the tunnel to a certain extent. Maybe when the time comes, a little sadness and nostalgia will set in.”

Löw has brought back experienced duo of Mats Hummels (defender) and Thomas Müller (midfielder/striker) to strengthen the Germany squad, which with the duo looks a much stronger unit. Germany have a mix of experience and youth in their squad with 2014 FIFA World Cup winners Manuel Neuer and Toni Kroos besides Hummels and Müller, while there is young talent like Kai Havertz and teenager Jamal Musiala.

Looking forward to the France game, Löw said, “We also have a lot of quality in our squad. We have a really good mix. On each side, there are players who can decide games. I think the attacking ranks of either team can be really dangerous. You have to be alert at all times, because all of these players are capable of doing something.”

And the France game could decide which way the Germany campaign at UEFA EURO 2020 could go. The mood in the camp is said to be good at their special home base at the adidas HQ in Herzogenaurach. 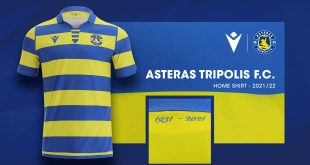