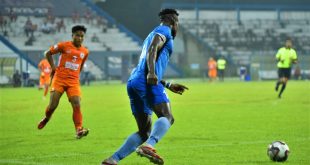 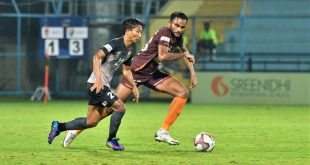 Defending I-League champions Gokulam Kerala FC have announced the signing of Slovenian striker Luka Majcen for the remainder of the 2021/22 season.

Luka Majcen on joining Gokulam Kerala FC said, “I am happy to represent the champion team this season. Last year, Gokulam Kerala FC were our best opponent and I am glad to play under Coach Vincenzo Alberto Annese. This year, we will be eyeing to defend the title and also make a mark in the AFC Cup.”

Gokulam Kerala FC will register Luka Majcen for the currently suspended I-League campaign as well as the upcoming 2022 AFC Cup.

Luka Majcen last season came to India to play for Churchill Brothers for whom he scored 11 goals and had two assists. This season, Luka Majcen then signed for FC Bengaluru United to play in the 2021 I-League qualifiers and recently lifted the Bangalore Super Division with FCBU.

Gokulam Kerala FC head coach Vincenzo Alberto Annese on the new signing said, “Luka was a player whom I got impressed with last season and were in our radars since then. He is good with the ball, agile, and has a commanding presence in front of the goal. I believe he will be a valuable addition to our squad this season.”

Gokulam Kerala FC president VC Praveen said, “We wanted a proven goal scorer and Luka Majcen fits that bill. He has already proven in the I-League. I hope we could make good progress in the league and AFC Cup competition with players like Luka. We welcome him to Malabar.”

“it’s simply not an adventure worth telling if there aren’t any dragons!” 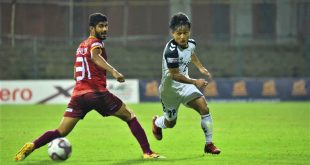