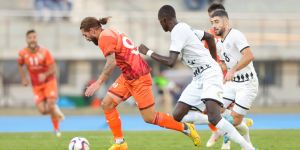 Luka Majcen scored the lone goal of the match early in the first half, which proved to be enough for the hosts to notch up their second win in a row. On the other hand, the result means it is two straight losses for the Black and White Brigade, both of them coming on the road.