India Forwards together: Manisha – Incredible to learn from Bala-di! 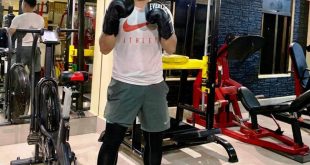 Eye of the Blue Tiger: Jeje Lalpekhlua turns to boxing for strength training! 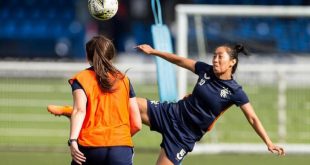 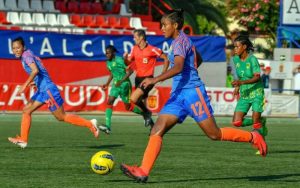 At just 18 years of age, Manisha is quite a versatile attacker. A pacey, strong forward with a powerful shot, she has been making rapid progress at the Indian Senior level. And a key factor for all of that are inputs from none other than the mercurial Bala Devi, who she looks up to as a mentor.

“Bala-di is such an amazing player. She is an inspiration for each and every one of us. She is playing club football abroad. She has also represented India for so many years now and scored so many goals. She was my roommate once at a tournament and it was incredible to speak with her and learn from her,” Manisha said.

Hailing from Muggowal, a village in the Hoshiarpur district in Punjab, the young gun detailed how Bala, her senior, shared “valuable tips” which helped her improve, encouraging her to strive and become a top player.

“She (Bala Devi) taught me to be patient. She insisted that being a young player, I have an advantage. But for that I need to work harder than all. Only when you work the hardest, you can become the best player,” she told me.

“Both of us play as strikers and I look up to her to prepare myself mentally for a match, and how to adapt to game situations.”

Bala made history earlier this year as she signed for Scottish club Rangers Women’s FC, becoming the first Indian women’s footballer to sign a professional contract with a European club.

“We all look up to her. We hope she scores lots for goals for Rangers WFC in the coming months, and make all of India proud,” Manisha quipped.

Interestingly, it was only after watching Bala Devi, along with other seniors play in the Hero Senior Women’s National Football Championship back in 2016-17 that an up-and-coming Manisha got the push to work harder and strive to break into the National Team.

“The turning point in my career came when I played in the Senior Women’s National Football Championship (NFC) for the first time in Jalandhar. It was there that I got to see National Team players like Bala-di and Asha-di (Ashalata Devi) play. Watching them I got motivated. I felt I need to become like them, play with them in the senior team and represent my country at the senior level,” she recalled.

From thereon, after representing India at U-17 and U-19 level, Manisha made her Senior National Team debut in a friendly match against Hong Kong in January 2019, which according to her, made her understand the value of her efforts.

“Making my senior debut for India made me realize the value of the hard work I had put in so far and motivated me to keep working. There were a lot of Senior players in the team, and the coach (Maymol Rocky) gave me a chance. It feels really nice to look back at that moment.”

In February, the 18-year-old added to her burgeoning reputation as she was part of the Gokulam Kerala FC side that clinched the Hero IWL 2019-20 in Bengaluru and was awarded the ‘Emerging Player of the Tournament’ for her performances. Looking back at the tournament, she said that she picked up a lot from the top-quality players in her team.

“It was great to play in the Hero IWL and win the title with Gokulam Kerala FC. I feel my game has improved with the experience and I learned a great deal from the top-quality players — in my team and in the opposition.”