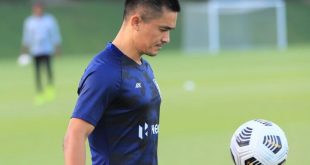 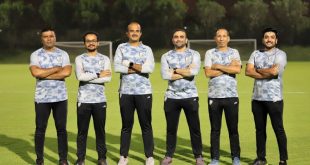 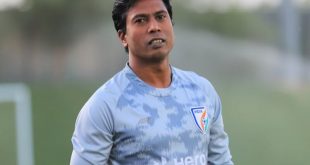 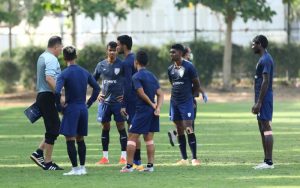 The preparations of the Indian national football team has been hit hard by the second wave of the COVID-19 pandemic with a number of unnamed internationals having contracted the virus while the preparatory camp in Kolkata had to be cancelled due to the prevailing situation.

The All India Football Federation (AIFF) even contacted the Asian Football Confederation (AFC) to ask for a possible postponement of their remaining June qualifiers but that request was turned down by the AFC.

So behind the scenes, the AIFF has been working for workable solutions in sending the Indian national football team to Doha in which the team would not face a mandatory 14-day quarantine period in Qatar and be able to hold their preparatory camp there. That would be needed or otherwise India would only get a few training sessions before their tough qualification matches.

The AIFF tweeted, “The #BlueTigers Tiger face will soon be leaving for Qatar Flag of Qatar for the preparatory camp ahead of the June Qualifiers. The final departure date will be announced soon, once official confirmation from the health authorities is received.”

The #BlueTigers 🐯 will soon be leaving for Qatar 🇶🇦 for the preparatory camp ahead of the June Qualifiers. The final departure date will be announced soon, once official confirmation from the health authorities is received.#BackTheBlue 💙 #IndianFootball ⚽ pic.twitter.com/ZuGIKIpIMo