Inter Milan to be official partner in Football for the Goals!

Press Release 2022-09-12 Italy, Worldwide Comments Off on Inter Milan to be official partner in Football for the Goals! 568 Views 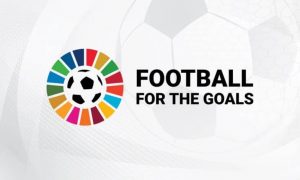 To mark the the opening match of the UEFA Women’s Euro 2022 European Football Championship, the United Nations, which recognises sport as an important social tool in support of the Sustainable Development Goals (SDGs), launched the Football for the Goals (FFTG) initiative.

Football, officially assigned a new responsibility, has thus assumed a major role in the UN 2030 Agenda. This was stated at the launch conference by Amina Mohammed, Deputy Secretary-General of the United Nations, together with Aleksander Čeferin, President of UEFA, the inaugural partner of the project.

Inter Campus, which has always used sport to promote a culture of dialogue and peace, spread the values of sport such as respect and education, and raise awareness among communities and fans towards a fairer future, has been formally appointed as an Official Member of Football for the Goals.

This therefore strengthens the relationship between Inter and the United Nations, in the interest of the boys and girls around the world who wear the Nerazzurri colours.