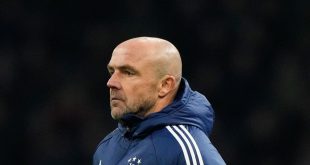 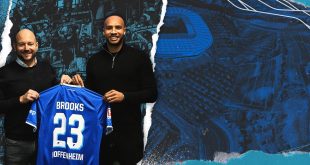 Macron is making its debut in Erovnuli Liga, the top division of Georgian football. Starting from the 2023 season, due to the kickoff of the National Championship in March, the Macron Hero logo will appear on the shirts of Dinamo Batumi, one of the country’s top football clubs.

The partnership agreement foresees the supply of technical teamwear and match kits for the next three seasons. The White and Blues of Batumi will be the first club in Erovnuli Liga to wear teamwear made by Macron, who have also been the technical partners of the Georgian national team since last year.

2023 is an important year for Dinamo Batumi as the club is celebrating its centenary. Formed in 1923, in the Black Sea town of Batumi, the Georgian side boasts a national league championship titles as well as a Georgian Cup and two Super Cups. The team plays home matches in the ultra-modern Batumi Arena, which was inaugurated in October 2020 and is large enough to host the Georgian national team’s international games. One of the country’s top players, Khvicha Kvaratskhelia, wore a Dinamo Batumi shirt before joining Napoli.

As a result of the new agreement, Macron will immediately begin designing and producing kits for the coming season, with the usual emphasis on uniqueness, exclusivity, high-tech design and respect for the team’s history and traditions.

“We are delighted to announce our new technical partnership with such an important club as Dinamo Batumi, especially in the club’s centenary year,” states Tigran Avetisyan, Macron’s Country Manager for Georgia. “A hundred years of footballing history is a tremendous achievement and deserves to be announced and promoted on shirts that players and supporters can wear with pride and a true sense of belonging to the club, its colours and symbols.”

“We are glad to announce the start of the partnership with such a successful company Macron. As you know, in 2023 we celebrate the 100th anniversary from the founding of Dinamo Batumi, and therefore it was very important for us to cooperate with a brand that could create special and unique design jerseys and sports equipment for this historic date. Macron is already associated with the Georgian national team among the supporters, however we will be the first football club in the Georgian Erovnuli Liga with Macron as our technical partner. I hope that this partnership will be long-term and bring great success to both parties” – says Archil Beridze, the president of Dinamo Batumi. 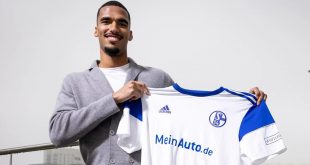