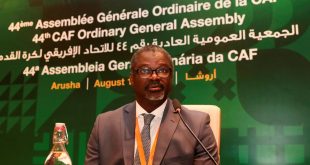 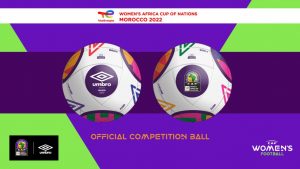 The WAFCON being held in Morocco from July 2–23, 2022 promises to be an energetic wave of energy and excitement as Africa’s elite women’s footballers battle it out for the title of queens of African football.

And the tournament’s match ball’s strong identity is made of colours filled with symbols related to football.

It represents the values of unity, progress, challenge, initiative, diversity and experience that has characterised the growth of African women’s football to reach the lofty heights it occupies today.

The WAFCON takes place in the Moroccan host cities of Rabat and Casablanca and kicks off on Saturday, July 2 at 21h30 when hosts Morocco face Burkina Faso at the Prince Moulay Abdellah Sports Complex in Rabat.