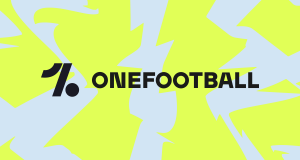 OneFootball has announced that the German Football Association (DFB), Bundesliga side Borussia Dortmund and Premier League side Tottenham Hotspur have joined them as new shareholders.

OneFootball said in an official release that its three new shareholders will support the strategic direction of the business, which claims to reach 85 million soccer fans globally each month.

“Together with DFB & the extended collective of world-leading clubs we will drive football’s digital transformation & the broader football content ecosystem.”