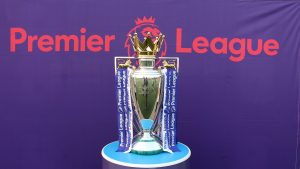 The Premier League, in collaboration with the Indian Super League, the UK Department for International Trade (DIT) and Star Sports, is conducting the Premier League Football Development Week in Navi Mumbai and Central Mumbai. The event began on March 3 and will run till March 6. The Premier League, who have had a strategic partnership with the ISL since 2014, are now refining the alliance with an aim to encourage youth development in India and the event is a part of the grand venture.

The Premier League Football Development Week, a first-of-its-kind event in India, will feature matches between the youth teams of Premier League clubs Arsenal and Leicester City, the Reliance Foundation Youth Champs (RFYC) and ISL club Mumbai City FC as its showpiece event. The matches will take place at the Reliance Corporate Park in Navi Mumbai from March 5. Parallelly, coaching and small-sided games will be conducted for youth players by Premier Skills Schools, facilitated by ISL coaches.

Navi Mumbai will also be the venue for practical workshops on youth coaching on March 4 and 5. The ISL & AIFC Youth Coach Education Training session on March 4 will be led by Arsenal FC academy coaches while Leicester City FC coaches will take point on March 5’s session.

Over at Central Mumbai, a refereeing workshop will be presided over by Professional Game Match Officials Limited (PGMOL) senior coach Paul Taylor on March 5. Later at the same venue, several best practices workshops and interactive panel discussions will be held in the presence of key stakeholders of the Premier League and ISL in order to strengthen and improve holistic development of football in the country. Harj Hir, Head of Partnerships at Leicester City, will be present to conduct a session on Club Commercial Sustainability later on the day. It will be immediately followed by a session on Investing in Youth and building a successful Academy led by Arsenal Academy Manager Lee Herron.

On March 6, a Building a young fanbase workshop will be presided over by Allison Tripney, Community Director at Leicester City FC followed by a session on Psych-Social Player Development, led by the Arsenal Academy Team.