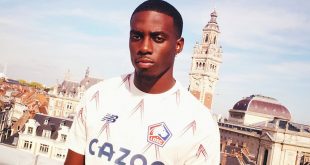 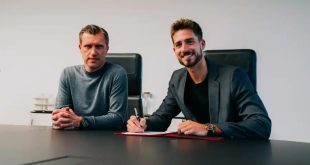 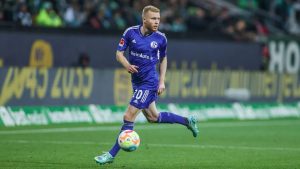 Florent Mollet has left FC Schalke 04 to return to Ligue 1. The 31-year-old has joined FC Nantes with immediate effect. Both clubs have agreed to keep the details of the transfer undisclosed.

“Our original intention was to not let Florent Mollet leave again after just half a year here. However, once the offer from FC Nantes came in, the player desperately wanted to take this opportunity. Personal reasons also played a role in his desire,” said Peter Knäbel, board member for sport and communication. Following discussions with the coaching team, the sporting management decided to enter into negotiations with the French side.

“Once we considered the financial aspects of the deal – the transfer fee and the wages saved – we decided to agree to this transfer,” added Knäbel. “We would like to wish Florent all the best for the future.”

The midfielder’s career began at Dijon FCO, before moves to US Créteil in 2015, FC Metz in 2016 and Montpellier HSC in July 2018. Mollet played 139 times in all competitions for Montpellier, scoring 24 goals and setting up a further 16. The Frenchman featured nine times in the Bundesliga for Schalke 04 and twice in the DFB-Pokal. He scored one goal in the league.