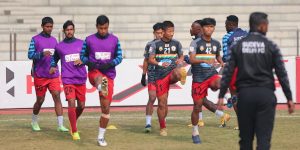 Sudeva Delhi FC put on a strong display at home against Real Kashmir FC last time out, but suffered a last-minute heartbreak after conceding a late equaliser to miss out on their first win of the season.

A similar fate came about for Aizawl FC. Striker Henry Kisekka rose to the occasion for the People’s Club away to Mohammedan Sporting, netting a brilliant brace. However, the hosts snatched an equaliser from virtually the last kick of the match to deny Aizawl FC their first away win of the campaign.

In the reverse fixture between Sudeva Delhi FC and Aizawl FC earlier this season, the latter picked up a 2-1 win following goals from their captain Lalchhawnkima and Argentine forward Matías Verón. This time, Sudeva Delhi FC hold the home advantage will be hungry to finally claim their first victory of the season.

Addressing the media at the pre-match press conference, Sudeva Delhi FC head coach Sankarlal Chakraborty said, “Our situation is very critical, we are trying to survive. We played well in our last game but conceded in the last minute. it is crucial for us to get the three points tomorrow to survive in the league.”

The Sudeva Delhi FC dressing room underwent a host of changes during the winter break with Chakraborty coming in as new head coach. “The mood in the dressing room is good. After picking up our first points, our confidence is improving. But we still need to do much better,” he said.

“Aizawl FC played well against Mohammedan (Sporting), scoring twice before conceding a very unlucky goal at the end,” Chakraborty added regarding their opponents. 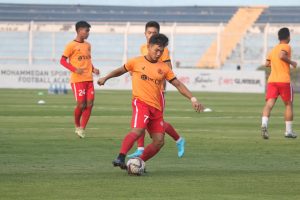 Aizawl FC head coach Caetano Pinho believes the thrilling contest gave his team a much needed boost in confidence. “The match against Mohammedan (Sporting) has given us confidence. Looking at the players, their enthusiasm and energy, I think we have huge potential and we will go for three points tomorrow,” he said.

Pinho then praised their opponents, in particular their new manager in-charge. “Sudeva is a good team, they did not start the season well but under the new coach Sankarlal, the team is adapting well. It won’t be an easy match, we need to work hard and give it our all in the game,” he concluded.

The match between Sudeva Delhi FC and Aizawl FC will be broadcast live on Eurosport and Doordarshan Sports and streamed live on the Discovery Plus OTT platform.