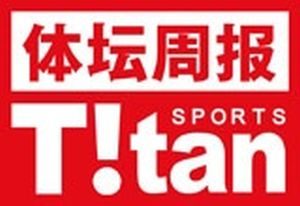 It probably wasn’t the biggest year for Asian football with No FIFA World Cup, No AFC Asian Cup. Still we witnessed a string of thrilling moments and important matches in Asian football. In the 2018 FIFA World Cup qualifiers, 12 teams qualified from the 40 competitors, and they are currently at the half-way stage of the third-round qualifying for the tickets to Russa 2018.

In the Southeast Asia, Thailand won the 5th title of the ASEAN championship, with a stunning second-leg comeback in Bangkok. In the AFC Champions League, Omar Abdulrahman’s Al Ain encountered Jeonbuk Hyundai in the final. After two intense games, Jeonbuk Hyundai won their second Asian Champions League title. In the European leagues, from the freezing Don River to sun-drenched Andalusia, from the banks of the Thames to the foothills of the Alps, Asian players sparkled here and there.

The winners climbed to the podium to hold the title as a team. At the end of 2016, the outstanding individuals should also be eulogized with our highest esteem. In the 2016 Best Footballer in Asia, the fourth year since its birth, 20 players in total were voted as in the rank of the best Asian footballers. Among them the top three candidates were the most glittering. The trio won more than 60% of all points. Regarding the proportion of the points they obtained, any of the three could have been the winner last year. The competition for the winner was also the most intense since we founded this prize in 2013. Only 17 points separated the top 3 candidates. Even until the last hour of the ballot our editorial team had no idea which candidate would be the winner – a single vote could change the rankings significantly. After counting the votes, Shinji Okazaki was the winner, edging past over Omar Abdurahman by only three points. What an intense competition!

An enlarged panel of jurors

During the last three years, we had a panel of jurors of 22, 24 and 20 members respectively. We had been cautious, focusing on the quality of juror members rather than quantity. After three-year successful cooperation with our old jurors in BFA, we decided to make one wild step forward in quantity. This year we invited nearly 20 new jurors into our team, adding up the number of our jurors to 38. They are all top journalists from different AFC countries/regions, with experiences, expertise, and professional attitudes, contributing their votes rationally with their own perspectives. And for Titan Sports of China it was pleasure to work together to develop the Best Footballer in Asia, and to make the Asian football history with views of media journalists.

The top 5 best players in Asia in the vote.

4. Sardar Azmoun (46 points) (Iran/Rostov F.C)
Few Asian players in history had made such great achievements at the age of 21.
Rostov F.C was a surprise in the Russian league in 2016. In the last six rounds of the 15-16 Russian Premier League, Sardar Azmoun scored six goals, securing Rostov’s second place as the historical breakthrough in the team history.
Not only for his performance in the Russian domestic league, he attracted eyes of international football commentators in European games.
Azmoun scored two goals in four UEFA Champions League qualifying matches, playing a vital role in eliminating Anderlecht and Ajax. In the group stage, Sardar Azmoun continued showing his talents, scoring one goal each against Bayern Munich and Atletico Madrid, the two giants in European football.
In the national level, Sardar Azmoun played as the pinchpin player leading Iran’s attacking line. He scored three goals in the last two matches (against India and Oman) of the second round of the AFC World Cup Qualifying. In the third-round, he scored the only goal in the match against South Korea, seen as the major contender of Iran in Group A. After five games, Iran was at the top of the group, a very promising first-half on the way to World Cup 2018.
Despite some distance away from the podium of the 2016 BFA, Sardar Azmoun is the future of Asian football.

3. Son Heung-min (109 points) (Korea Republic/Tottenham Hotspurs)
It was not an easy year for Son Heung-min and it is not easy for an Asian player to secure a position in a top team like Tottenham Hotspurs in one of the best leagues in the world.
Son Heung-min has proved that Asians could glitter in one of the top teams in the Premier League. After a difficult start, Son Heung-min was back in form. In the second-half of the 15-16 season, he scored four goals for Tottenham Hotspurs, contributing to Tottenham Hotspurs’ best domestic record in 25 years. In the first half of the 16-17 season, he has scored 6 goals for his club, now ranking 5th in the Premier League.
In the national level, Son Heung-min had a packed year. He played as a wild-card player in South Korea’s Olympic team, scoring two goals in the tournament. In the 2018 AFC World Cup qualifying, he led the attacking line, playing key roles in South Korea’s victories over China and Qatar.
As the laureate of the last two years, Son Heung-min is still among the top rank in Asian players. He even won higher proportion of points than last year, when he was awarded the title. Last year he obtained 16.3% of the points (49 in 300), while this year he was given 19.1% of the total points (109 in 570).
He failed to continue his domination in BFA. It is not because he was not doing well, but because we have other two prominent candidates in Asian football this year.

2. Omar Abdulrahman (123 points) (UAE/Al Ain)
Omar Abdulrahman was close to the top 3 of the 2015 BFA. At the age of 25, the Emirati made progress to achieve his best record ever in BFA.
Known as ‘Arabic Messi’, Omar Abdurahman’s individual skills were always the talk of the town. As a classical playmaker, a rare genre in modern football, his supreme dribbling, his sensational passing and his sublime sense of the game marked him different from other players on the pitch. He waved his magic wand to lead the line like a guru, leading the teammates on his rhythm of the game.
Such a player is an unparalleled treasure for Asian football. We always overemphasize the pragmatic side of football. Football is also about gift, aesthetics and romance, reflected by Omar’s way of playing.
His individual skills are also vital to the achievements of his teams. As the captain of UAE and Al-Ain, Omar Abdurahman led his teams to successes. In the third-round of AFC World Cup qualifying, UAE has won three games, just one point behind Saudi Arabia and Japan, as the most promising World Cup qualifying for UAE after 1997.
After 11 years, Al Ain was back to the final of AFC Champions League. He was the key to the accomplishment, and was thus crowned the MVP of the tournament.
With such performances and achievements, Omar Abdurahman could have become the first winner of BFA from West Asia. Unfortunately, he was just one inch away from the trophy, as there is another such candidate in Asian football.

1. Shinji Okazaki (126 points) (Japan/Leicester City) (The Winner of the 2016 Best Footballer in Asia)
The English Premier League is always one of the most competitive leagues in the world. Since the era of Park Ji-sung, it has been several years we have not seen an Asian player holding the title.
Leicester City’s fairy-tale 2015-2016 season was destined to mark the history and be eulogized by bards. The Foxes’ course to the podium was the harshest among the harsh. How could a team with 5000-1 odds to win the title, finally stood at the podium at the end of the season?
An Asian player was a part of the fairy-tale, playing an important role. Shinji Okazaki appeared in 36 of all 38 rounds of the 15-16 Premier League, no doubt a key member in Leicester City’s course to the title. Shinji Okazaki was probably not among the most talented in European leagues, however, he was always the most reliable team-player. Alongside Riyad Mahrez and Jamie Vardy, Shinji Okazaki never stopped chasing the ball or chasing the rivals, and contributed what the team needed, embodying the hardworking and selfless attitude of the Foxes.

Okaaki’s manager at Leicester City FC, Claudio Ranieri, said, “He [Okazaki] is a hard worker. Sometimes he’s not so close to goal but when the ball is around the box Shinji is always there.”

“He is important for team because he presses a lot – he is our dilly ding, dilly dong. He wakes up our players – he has the bell,” Ranieri added.

Turning to the 30-year-old, an age of a veteran for footballers, Shinji Okazaki was finally named as the most prominent player in Asian football. It is not only for his accomplishments in 2016. Though BFA is an award for a footballer’s performances in the past calendar year, it is also a plaudit to his fruitful career. As a terrific scorer, he had converted 49 goals in 106 caps for the Japanese national team and scored 37 goals in five Bundesliga seasons. Few Asian players in history have achieved such a record in their careers. Such a player deserves the title of Best Footballer in Asia, as a legend in our memories in the future.

I would like to thank Titan Sports for having me as one of the journalists taking part in the Best Footballer in Asia voting!!!