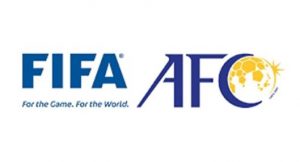 After the Supreme Court of India handed out a judgement on Wednesday, August 3 about the future of the All India Football Federation (AIFF), now a joint letter has been send by world governing body FIFA and the Asian Football Confederation (AFC) with clear instructions in reply.

The Supreme Court ordered elections to be held promptly, latest by September 15 and said the elected AIFF Executive Committee would be an interim body for a period of three months, but allowing the newly draft AIFF constitution to be used as basis for who can vote and get elected into the AIFF ExCo and that goes against the globally followed FIFA statutes.

“As per the said roadmap, the AIFF was to call for a special general assembly on the first week of August 2022 to approve the new statutes worked upon with FIFA, the AFC and the Indian football community.”

“Unfortunately, we have been informed that the Supreme Court’s hearing held yesterday on the situation of the AIFF allegedly resulted in deviations to the aforementioned roadmap. If this is considered to be true, it would irrefutably jeopardise the mutual understanding which was displayed so far on the steps forward.”

In this context, we would like to recall the AIFF’s statutory obligations applicable to all of FIFA and the AFC member associations, including the obligation to manage its affairs independently and ensure that its own affairs are not influenced by any third parties (cf. art. 14.1.(i) and art. 19.1 of FIFA Statutes in conjunction with art. 15.4 of the AFC Statutes).”

“Bearing in mind the above, we kindly ask the AIFF to provide us without further delay with an official transcript of the Supreme Court’s decision of 3 August 2022 by 17:00 hours Indian Standard Time on 9 August 2022. Upon receipt of the said documentation and following its in-depth analysis, should there exist serious deviations to the aforesaid roadmap, we would submit the matter to our relevant decision-making body for further considerations and possible decisions based on FIFA Statutes, including the suspension of the AIFF and the withdrawal of the hosting rights for the 2022 FIFA U-17 Women’s World Cup in India.”

The situation #IndianFootball finds itself in, shows the problem of real lack of understanding of sports governance and what consequences it can have.

FIFA statutes clearly state that member federations/associations must be free from legal and political interference in their respective countries, and the world governing body has previously suspended multiple other national football associations over similar cases.

Since the Supreme Court appointed an expanded three member COA in May 2022, it was clear that a new draft AIFF constitution would have to be in line with the FIFA statutes, a FIFA/AFC delegation visited New Delhi in June 2022 but as per the current judgement that isn’t the case and therefore FIFA had to send the letter with the threat of a ban and shifting the 2022 FIFA U-17 Women’s World Cup to another country.

The case is also important for the Government of India and the sports ministry as the AIFF case could be replicated in other sports like hockey, where the Fédération Internationale de Hockey (FIH) had send a similar message to the national hockey body, Hockey India.

For once and for all, the issue of governance in Indian sports needs to be sorted to bring these national sports bodies in conformity to the Indian Sports Code but also keeping the statutes of the respective sports in mind, otherwise more potential ban threats could be coming.