Amoolya, the Supermom of IWL balances motherhood & football with elan! 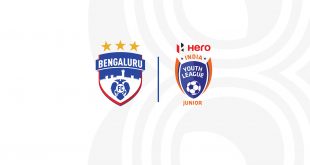 The USA Women’s team is rife with examples of female athletes who returned to the sport after giving birth to a child. The likes of Shannon Boxx, Christie Pearce and Amy Rodriguez have all shown the way.

Perhaps the biggest example of the same from tennis sensation Serena Williams. However, India also has one such athlete, who has made a similar comeback in the 2018-19 Indian Women’s League.

Bangalore United FC captain Amoolya has shown the way for female athletes when she returned to the sport after giving birth to her daughter NiveDa, a little over a year ago. In fact, the former India International had returned to training when her daughter was just two-and-a-half months old. Even as she is a doting mother, she cannot stay away from Football.

“It (the willingness to return to football) has to come from within. Every pregnancy is different. So I felt that I can come back when my daughter was two-and-a-half months. I started with some jogging, then some touches, and then I started playing again,” said Amoolya. “My family, and my daughter inspires me.”

Amoolya, who had given birth to her daughter a little over a year ago, feels that this Mother’s Day is a special one for her, as this is not only the first time that she is playing in the IWL, but also playing in a professional tournament for the first time as a mother.

BABY IN HER TUMMY AND A FOOTBALL AT HER FEET

Back in 2017, Amoolya was representing Karnataka in the Women’s National Football Championships in Punjab. It was only about a month after the tournament that she realised that she played the Championship when she was pregnant.

However, pregnancy did not mean that the former India international would lose touch. She used to go watch her husband play local matches, and even play small touches with a football in the early stages.

Even when she was five months pregnant, against everyone’s advice, Amoolya insisted on playing whatever little football she could.

“One of my teammates used to come to my home when was five-months pregnant, and I used to practice heading with her,” said Amoolya. “She used to try and force me not to do it, but I told her, at least I can head the ball. Pet mein toh nahi lagna hai(it won’t hurt my tummy).”

‘FAMILY WAS OF HUGE SUPPORT’

Amoolya gives a lot of the credit for her achievement to both her husband, and her mother-in-law, who encouraged her to get back to the ‘beautiful game.’

“My mother-in-law and my husband have really supported me a lot after my marriage. Now that I have a child, and I am playing football, a lot of the credit goes to my mother-in-law. I would not be able to move an inch without her,” informed Amoolya.

“She’s the one who takes care of the baby while I am playing or training.”

In fact, Amoolya’s mother-in-law has even flown down to Ludhiana to watch her daughter-in-law play. Bangalore United’s match against FC Kolhapur City was the first time that she saw Amoolya play a game, a match that ended 1-1.

“She’s so innocent that she came up to me after the game and asked, ‘Did you win?’,” Amoolya laughed.

‘ANYBODY CAN PLAY FOOTBALL’

Amoolya believes that mothers should find a way to keep balancing their family life and sports. The former India International feels that for female athletes, it is the sport that gives that the identity and one should never lose that.

“Anybody can play football. I feel that football is for everyone. The only thing is that you need to have fitness. If a mother is playing a professional league, they need all the support from their family that they can get,” said Amoolya. “I was lucky.”

“I would never leave the game. I may be a mother or a wife, or a daughter, but football has given me the identity that defines me that I would carry on to my next generation.” 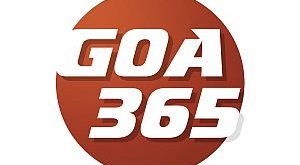