Bastian Schweinsteiger back in first team training at Manchester United! 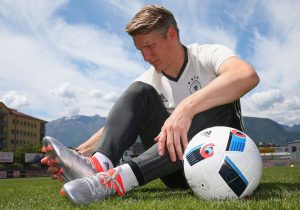 In a big surprise former Germany international midfielder Bastian Schweinsteiger was back on the training field with the first team squad of English Premier League giants Manchester United this morning.

It was the first time since the arrival of new manager Jose Mourinho this summer that Schweinsteiger trained with the first team as Mourinho had actually wanted to offload Schweinsteiger in the summer transfer window, but with Schweinsteiger not wanting to move to another European club and his salary still being amongst the highest in world football, he stayed put in Manchester, doing individual training and claiming that it was his dream to play at least one last time before he leaves Old Trafford.

Back to work for #MUFC! pic.twitter.com/laCEkCnqOc

Things have changed in recent weeks after a strong start to their 2016/17 Premier League campaign, Manchester United have fallen off the leaders pack with only 15 points off 10 matches and there has been growing demands from fans and the media that Mourinho should at least consider Schweinsteiger as an alternative with the German registered to play in the Premier League but not the UEFA Europa League.

Now with Schweinsteiger back in team training it will be interesting to see, if and how Mourinho utilises the German or if he is giving him only a chance to train with the first team to get a transfer done in the January window.