Hisense shines as an Official Sponsor of the UEFA Nations League finals!

Press Release 2019-06-04 Europe, Sponsorship Comments Off on Hisense shines as an Official Sponsor of the UEFA Nations League finals! 480 Views 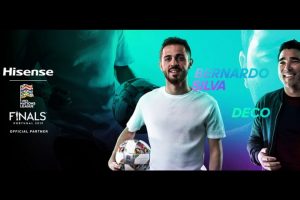 On June 5, 2019, the UEFA Nations League finals kick off in Portugal. As an Official Sponsor, Hisense, a leading television and appliance manufacturer, is proud to announce that Portuguese professional football star Bernardo Silva and footballing legend Deco will be invited to join its “Skills Brought to Life” campaign. As a truly global brand, Hisense has created a unique opportunity to engage with fans around the world during the tournament.

The Finals will be held in Portugal from June 5 to 9, with intense competition between Portugal, Switzerland, England and the Netherlands as they fight for the championship. Hisense will be prevalent on the ground throughout the tournament, promoting its “Skills Brought to Life” campaign along the pitchside LED boards, giant stadium screens, and designated commercial display areas.

With the vast amount of talent to be on display during the tournament, Hisense focused its campaign around celebrating the extraordinary “Skills” of the world’s top footballers. As two of the most skillfull players current and past, ambassadors Bernardo Silva and Deco were the perfect pair to lead the campaign. Both players have joined in Hisense’s social media interactions with football fans around the world, bringing an unforgettable experience to many while building hype for the tournament finals.

Hisense’s long-standing heritage in football has shown how massive an impact sports marketing can make. Global brand awareness for Hisense has steadily risen over the years with successful sponsorships of UEFA EURO 2016 and the 2018 FIFA World Cup. As UEFA Euro 2020 approaches, Hisense’s next big move in sports marketing has yet to come. 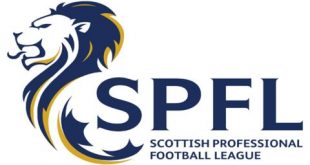 Scottish Premiership is scheduled to resume in August!