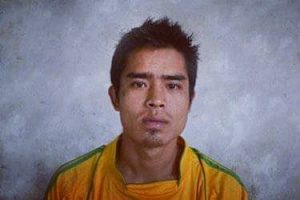 The scorer of the first goal in the history of the Mizoram Premier League, Lalbiaktluanga (33), Electric Veng passed away this October 11 afternoon.

A product of the SAIL Football Academy – Bokaro, Biaka, as he is affectionately known, was part of the Mizoram senior team that took part in the Dr. T. Ao Football Tournament, while he has played for local clubs such as Dinthar FC, Luangmual FC, Electric Veng FC, etc.

He scored against Chanmari FC while playing for Luangmual FC on October 24, 2012 in the Mizoram Premier League – Season 1. That was the first ever MPL goal in the league’s history.

He led his Electric Veng to victory in the first ever Red Ribbon Inter Village Football Tournament in 2010 where he was also named Best Player. The final witnessed a beauty of a goal from him.

The Mizoram Football Association deeply mourns the passing of Lalbiaktluanga and sends their deepest condolences to his family.

Previous Third kit of SPAL pay homage to the province of Ferrera!
Next XtraTime VIDEO: Bangladesh arrive in Kolkata ahead of India clash!