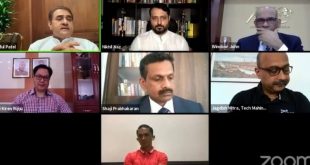 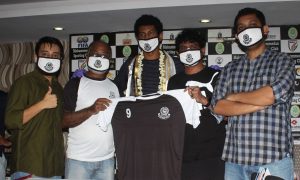 Mohammedan Sporting Club ahead of the forthcoming Second Division League beefed up their squad with the signing of Trinidadian ace Willis Deon Plaza.

The 33-year-old marksman becomes the Black Panthers’ second foreign signing for the Second Division League and the first-ever Caribbean player at the club.

General Secretary Wasim Akram was delighted with the newest addition to the squad and said, “We are very excited to get a player who will be committed and focused. It is vital as well to have players who have experience, because we have a very good bunch of young players but you also need a good weight of experience in your team and Plaza will contribute to that.”

Football Secretary Dipendu Biswas said Plaza’s addition was an important one, given his penchant for scoring. “Plaza has a proven track-record when it comes to scoring and this is an area we needed to strengthen on the squad. The goals aside, he even has an eye for a quality final pass and we’re looking forward to working with him.”

Plaza, who was in talks with the Black Panthers after getting released by East Bengal in January 2018 before the deal didn’t materialize, said he was glad to have finally made the move.

Having completed formalities, an excited Plaza said, “I am delighted to sign for Mohammedan Sporting Club. It’s a great club with top players and passionate fans. I want to score goals for the club and help the club to qualify for I-League.”

“When I got the offer from Mohammedan Sporting Club, I didn’t hesitate for one moment that I want to be here,” the former East Bengal striker added.

“I am excited for the new challenge, I am here to make my contribution and I will be doing my job as best I can,” Plaza concluded.

Plaza, who began his journey in Indian football with East Bengal in 2016, showed his class with Churchill Brothers. Plaza scored 43 goals for the Goan Red Machines in all competitions since joining the Club in March 2018. 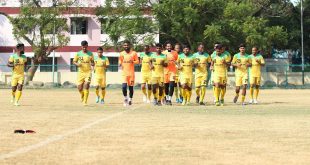