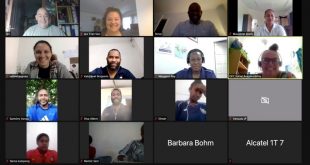 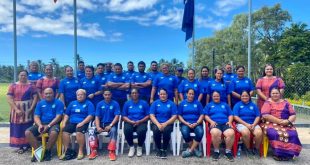 Tonga Departmental collaboration has female empowerment at its heart! 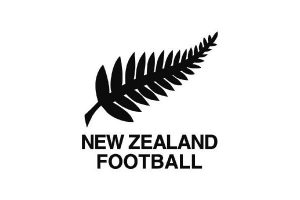 Isaac Tetteh and Enaut Zubikarai will go from goalkeeping course classmates to coaching rivals this weekend.

Both men are part of the inaugural OFC/NZF Goalkeeping C Licence course being held in Auckland.

The five-day coaching course is spread across two blocks and began with a three-day stretch that ran from November 6-8 with the final two days taking place this weekend.

After wrapping up their course commitments on Sunday, Tetteh and Zubikarai will head to Kiwitea Street for the opening round of New Zealand’s Men’s ISPS Handa Premiership. Tetteh is the goalkeeping coach for Eastern Suburbs AFC, while Zubikarai serves in the same role for Auckland City FC.

They are both in their first season in their roles with the 36-year-old Zubikarai recently retiring following a successful spell as City’s No 1 gloveman from 2016-2020 where he made 84 appearances for the club.

Zubikarai, who is from Spain and was on the books at Real Sociedad for many years, has replaced Simone Naddi and will work with their two first team goalkeepers Conor Tracey and Cameron Brown.

Eastern Suburbs are another New Zealand national league side with strong goalkeeping depth, including Danyon Drake and Andrew Withers.

“I’ve got two great goalkeepers to work with, so it’s been fun so far,” Tetteh said.

The 26-year-old Tetteh moved to New Zealand in 2016, leaving his homeland of Ghana where he played for club side Red Bull.

It was in Ghana where he met James Bannatyne and the former All White eventually helped bring Tetteh to New Zealand where he now works as a full-time goalkeeping coach.

Tetteh still plays at regional club level in New Zealand but suffered a serious knee injury last season that has limited his time on the field recently.

He said the C Licence course was a great chance to be able to advance his coaching skills.

“I just want to keep learning; I want to hear from the best.”

Bannatyne, OFC’s Goalkeeping Development Consultant, is one of the presenters on the course, as well as Johnathan Gould, former All Whites goalkeeping coach Mark Oates, and OFC’s Head of Education and High Performance Owain Prosser.

Gould has recently returned to New Zealand following stints overseas with various English clubs and is well-known to Kiwi football fans through his time coaching at the Wellington Phoenix.

The C Licence course in Auckland has 21 attendees and Bannatyne said it was a great turnout.

“It is a real privilege working on the course with Enaut and Isaac who both bring professional goalkeeping experience from their home countries and a commitment to developing goalkeeping here in New Zealand. Not just these two but all the candidates have made excellent contributions to our environment during the opening three days,” Bannatyne said.

“Jonathan Gould deserves a special thanks for sharing his practical experiences from a long and successful career in the game with our participants. He and Owain Prosser bring a wealth of experience to our work in delivering this course.”

The course involves a mixture of practical and theory work and after the course, coaches will return to their own environments to build on what they have learned.

The next course begins in Christchurch on Friday, November 27 and there are still limited spots available.

People who want to register can do so here.