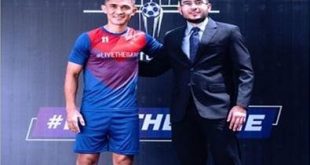 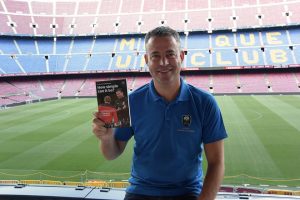 Dutchman Raymond Verheijen, one of the world’s best known conditional coaches, is set to return to India for the second edition of the Football Forward program.

Then the longevity of a footballer’s career is not just determined by the 90-minutes he can perform on the pitch but also by the capacity his body can be conditioned to cope. Most importantly, the knowledge of how one can pre-gear the body to recover from the injuries that may occur in future.

Curious to learn the inner working of the body that belongs to a top-flight footballer? Who better to learn from than one of the world’s most renowned coaches – Raymond Verheijen.

Famous player-cum-managers like Frank Rijkaard and Ronald Koeman have been Verheijen’s students and enjoyed successful careers in football.

In 1998, the Dutch National Team manager Frank Rijkaard had appointed Verheijen as one of his assistants in preparation for the EURO 2000 in which Holland reached the semifinal.

Raymond boasts an impressive CV in management with countries like South Korea, Russia and Argentina having also benefitted from his assistance and expertise. European clubs like FC Barcelona, Manchester City, Chelsea and Zenit St-Petersburg are some top clubs Raymond has worked for.

Most recently, he was also a part of the conditioning team of the Argentina squad, which reached the finals of the 2014 FIFA World Cup, led by Lionel Messi.

In the first edition of Football Forward program, Raymond Verheijen conducted a three day Football Periodisation workshop in Mumbai. More than 30 elite coaches from across the country had attended the workshop. The comprehensive nature of this workshop gave the coaches the exact balance between training, competition and recovery; rendering this edition an instant hit in terms of value-addition and knowledge growth.

Raymond Verheijen will now be visiting India again, only this time the workshop intends to tour through four cities namely Mumbai, Kochi, New Delhi and Kolkata, making it feasible for coaches from across the country to attend and reap benefits of this valuable workshop. The tour includes a one day workshop in each of the four cities followed by a two-day ‘Advance Workshop’ in Mumbai.

The second edition of the Football Forward program with Raymond Verheijen is designed to be bigger and better!