Press Release 2021-03-03 General Comments Off on Top FIFA gamers from India set to battle it out in first-ever AIFF eFootball Challenge! 230 Views 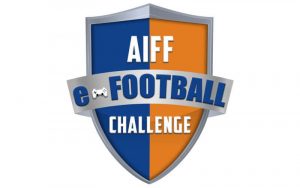 India’s best FIFA gamers are set to take part in the first-ever AIFF eFootball Challenge which kicks off on March 20, 2021 wherein 16 of the top eligible Playstation eAthletes in the country will be competing against one another.

The competition organized by the All India Football Federation will determine the representatives from India who will be a part of the eNational Squad and compete at the FIFAe Nations Series 2021 (FeNS21), which is FIFA’s flagship tournament for Member Associations and is contested by eNational Teams using the EA Sports FIFA 21 game. The official logo for the inaugural AIFF eFootball Challenge has been designed in line with the overall logo identity of the AIFF.

To be played in a knock-out format, the Round of 16 of the tournament will take place on March 20, with the quarterfinals scheduled for March 21. The semifinals and finals will be held on April 2 and April 4 respectively.

The AIFF will soon initiate the registration process for the tournament by sending out invitations to the top 16 Indian PlayStation eAthletes in the FIFAe Global Series Rankings (West Asia Region), as per the cut-off date and time of February 25, 2021 12:00am IST.

However, if any of the top 16 eAthletes do not meet the eligibility criteria for the tournament, which will be communicated to them during the registration period, or do not confirm their participation, the next eligible eAthlete in the ranking order shall qualify. The full Global Series Rankings as per the cut-off date and time can be seen here.