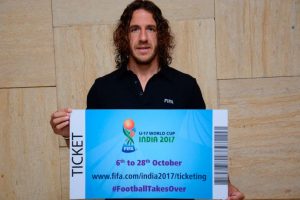 “The fact that we have already sold 100,000 tickets for the World Cup when we are still 84 days from it, speaks volumes of the interest from fans into coming and watch the Tournament. Ever since we opened the sales, it has defied the usual pattern for events here, where people wake up at the last minute and get the tickets then. We already have 100,000 fans that want to come to the stadiums, and it is very exciting. We are on the right track to show the whole world, full stadiums for the World Cup,” commented Tournament Director of the Local Organising Committee, Javier Ceppi.

The 2017 FIFA U-17 World Cup in India got its 100,000th ticket holder when Arjun Sachdeva purchased his tickets for Group A matches in New Delhi. The LOC will reward Sachdeva with World Cup memorabilia for holding the 100,000th ticket and booking his place in history.

Phase II of the ticket sales began immediately after the Official Draw took place on July 7. The available inventory for this phase in Kochi and Kolkata was sold out on July 10, 2017. Guwahati too, is edging closer to exhausting its inventory in this phase.

The tournament is scheduled to be held between October 6 to 28. Tickets for the tournament can be booked on www.fifa.com/india2017/ticketing. 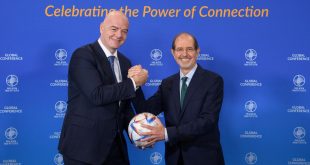